A father’s love and an orphan heart. 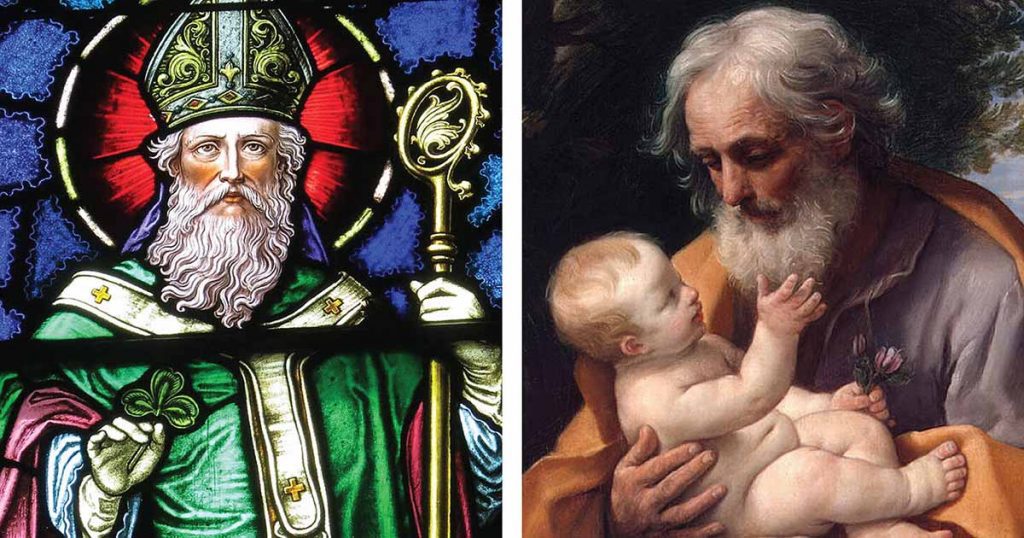 Can you celebrate St. Patrick without thinking of St. Joseph? You shouldn’t! The Solemnity of Joseph, husband of Mary, March 19, great feast for Italians, is in many ways outshone in the US by the green of St. Patrick’s Day, March 17. There’s much more to be said about both, but each was a missioner, in his own way.

Who was the greatest missioner if not Jesus himself! Did he learn that somewhere? We speak of St. Joseph as an adoptive father, and we all know full well what influence all parents have on their children. As Jesus grew from babe to boyhood and beyond, there was Joseph, showing him the ropes; Joseph the dreamer, who listened to angels at night and went to faraway places to protect his family.

Yes, Joseph was a tradesman, whom young Jesus surely helped; but also Joseph was the man of vision who taught his son how to be open to the world. In that sense, any father of a missioner plays a role in developing a missionary spirit among his household. We just don’t often give St. Joseph much credit for being anything but quiet!

St. Patrick, of course, is readily seen as a missioner. We know that he made it his life’s work to bring the Church to the people of Ireland. He was born into a well-to-do Roman family in Britain, in the late fourth century. At age 16 he was kidnapped by Irish pirates and sold into slavery. Now an orphan of sorts, he herded sheep and learned they ways of the Irish. His master was a Druid priest. Over his six years of captivity Patrick deepened his love of Christianity, and became determined to bring Christianity to the Irish people.

He did just that. Like St. Joseph, Patrick listened to dreams. A voice promised him he would find his way home if he escaped. He did so, persuading a crew to take him across the waters, then wandered hundreds of miles back to his family. Later he entered seminary. Eventually he was ordained bishop and sent by Pope Celestine to convert Ireland. The rest, as they say, is history. Using the great skill of successful missioners, he took his deep knowledge of local culture and was able to help people understand how Christianity would fulfill their deepest longings. He systematically worked the rest of his life establishing churches and church leadership.

Dream-following, missioner spirit, truly called in mysterious ways, St. Joseph and St. Patrick have more in common than we might have thought!