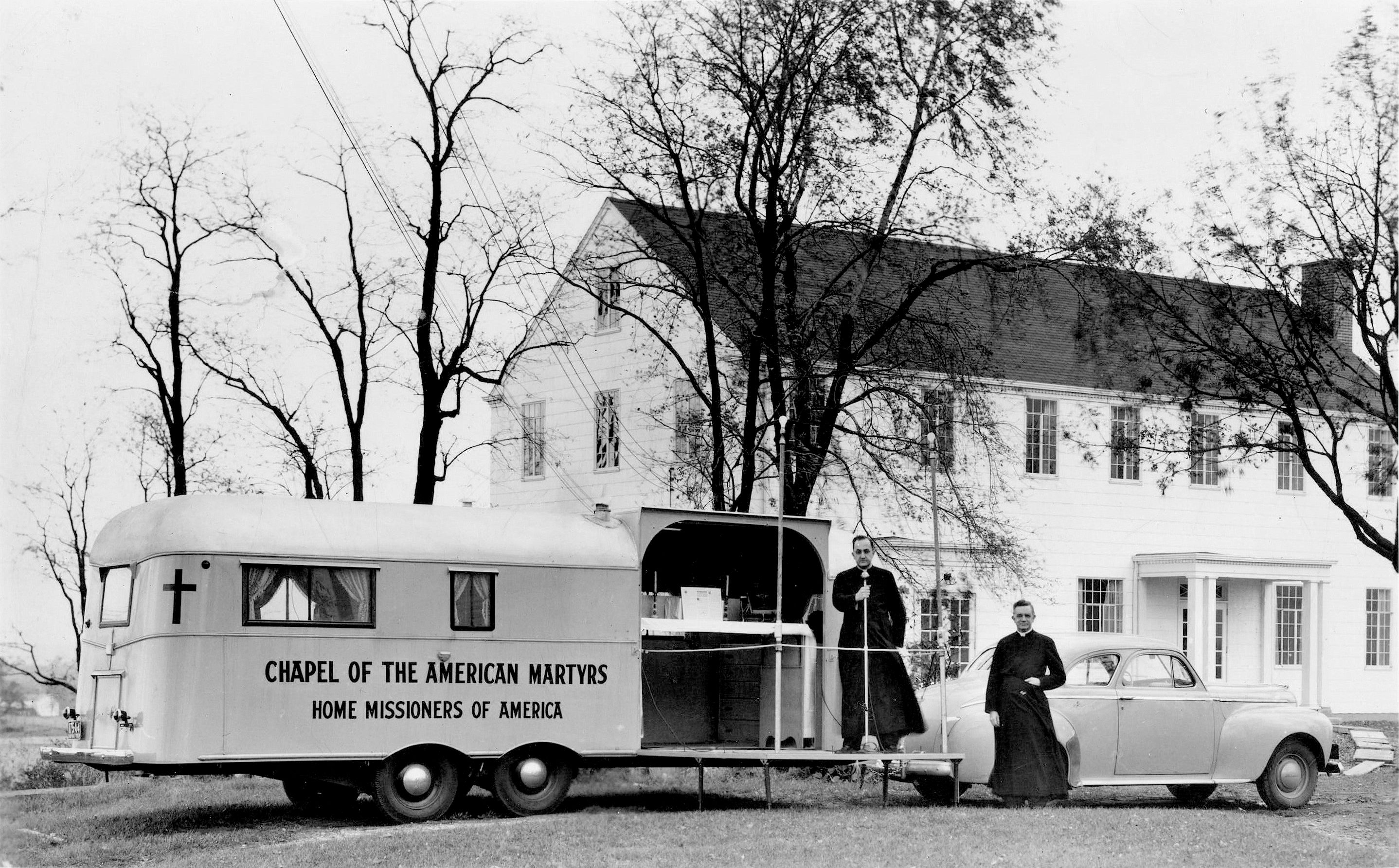 Glenmary Home Missioners was founded by Father William Howard Bishop, a priest of the Archdiocese of Baltimore. By most standards, Father Bishop was an ordinary man. For more than 20 years, he labored in a small Catholic parish in rural Maryland.

Yet this relatively ordinary man was given an extraordinary gift: the ability to see. He saw the thousands of poor, neglected and forgotten people who inhabited rural America. He saw what the Church had failed to see-that there were vast areas in the United States that were starving for the Bread of Life.

Armed with this gift of sight, Father Bishop worked relentlessly. He built a school. He published and edited several newsletters in order to bring rural America’s plight to the awareness of “city dwellers.” He organized a cooperative. He was a founding member and later president of the National Catholic Rural Life Conference. He started a 4-H Club for the children of his parish. His efforts to bring the gospel of Jesus Christ to rural America ultimately culminated in 1939 when he founded the Glenmary Home Missioners.

What exactly was it that made this common man so exceptional? William Howard Bishop, first of all, possessed a hope: “that the backwoodsmen, the mountaineers, the farm tenants, sharecroppers and day workers might one day eat the Bread of Truth.” He believed that all the people Glenmarians encounted in their missionary work were worthy of attention.

He also had a vision: “A flower is small, like the small, isolated groups that we minister to, like the little children. So small a flower is easily overlooked on the roadside. You hardly see it as you pass by. But pick it up and examine it; it becomes a thing of beauty; so, too, the country parish and the country child.”

Finally, William Howard Bishop had a dream: “We have Christ with us every day. We have drunk of the Water of Life. Should we hesitate to show the world where He is to be found? Should we hesitate to pray that prayer which was so dear to Christ’s heart, and pray it aloud so that all who have ears may hear, “That they all may be one, as Thou, Father are in me, and I in Thee; that they may be one in Us.”

What is Glenmary today?

Glenmary is a Catholic society of priests, brothers and lay missioners who serve primarily in Appalachia and the deep South.