Mission Land, USA—this is the name Glenmary uses to capture the high degree of mission need in Appalachia, the rural South and the Southwest. This is the same area revealed in blue on the map at right. There is mission need elsewhere in the United States, but not in the same concentration as this area that has become the focus of Glenmary’s work.

The blue area in the southern portion of the map at right roughly corresponds to Glenmary’s definition of Mission Land, USA. In the counties marked in shades of blue and gray, Catholics are less than 5 percent of the population.

This same area also stood out on the very first map of “No Priest Land, USA” created by Glenmary’s founder, Father William Howard Bishop. In 1938, of the 3,000 U.S. counties,only 1,000 had a resident. 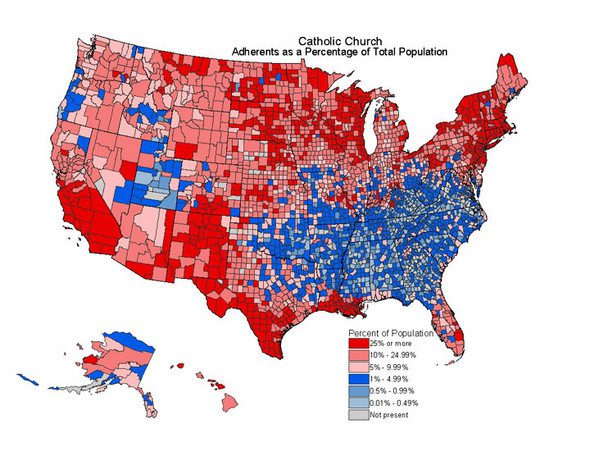