“The most deadly poison of our time is indifference.” 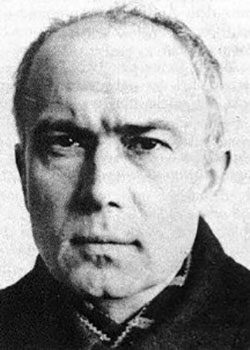 Who is that man wearing a prison uniform in the stained-glass window at church? It may seem an unlikely outfit for a saint. St. Maximilian Kolbe, Franciscan priest, is best known for his heroic act of martyrdom at the Nazi death camp Auschwitz. He volunteered to stand in for a fellow prisoner who had been randomly selected for execution by starvation. The man had pleaded mercy, fearing for wife and children.

But St. Kolbe, a Pole, had lived a heroic life as a missioner, including resisting the Nazis, before he was rounded up and thrown into Auschwitz.

He had a passion for the Blessed Mother since his childhood.  He joined the Franciscans as a young man, and began spreading his Marian devotion by founding a newspaper, in 1922, Knight of the Immaculata, to counter the anti-religious propaganda of Communists. For the next four years he operated a religious press. The next year he founded a friary near Warsaw that would grow into a major Catholic publishing house, bringing God’s word far and wide. He then founded a radio station, doing the same.

But that wasn’t enough for him. He went to found foreign missions in China, India (neither lasted) and in Japan, near Nagasaki, which survived the atomic blast. In Japan he had started publishing a new newspaper. Meanwhile his newspaper back in Poland had grown to a weekend circulation over 225,000.

Tuberculosis caused him to remain in Poland after he returned to attend a Franciscan Chapter. It was from there, where he published anti-Nazi tracts and operated a radio station, that he was arrested and taken to his martyrdom at Auschwitz.

Prayer: St. Maximilian, you showed us a dogged determination and faithfulness to witnessing our faith. Pray for us that, in our own lives, we might find strength to share our faith far and wide.