Home / News and Notes / Visiting Brother Tom on the trail

Visiting Brother Tom on the trail 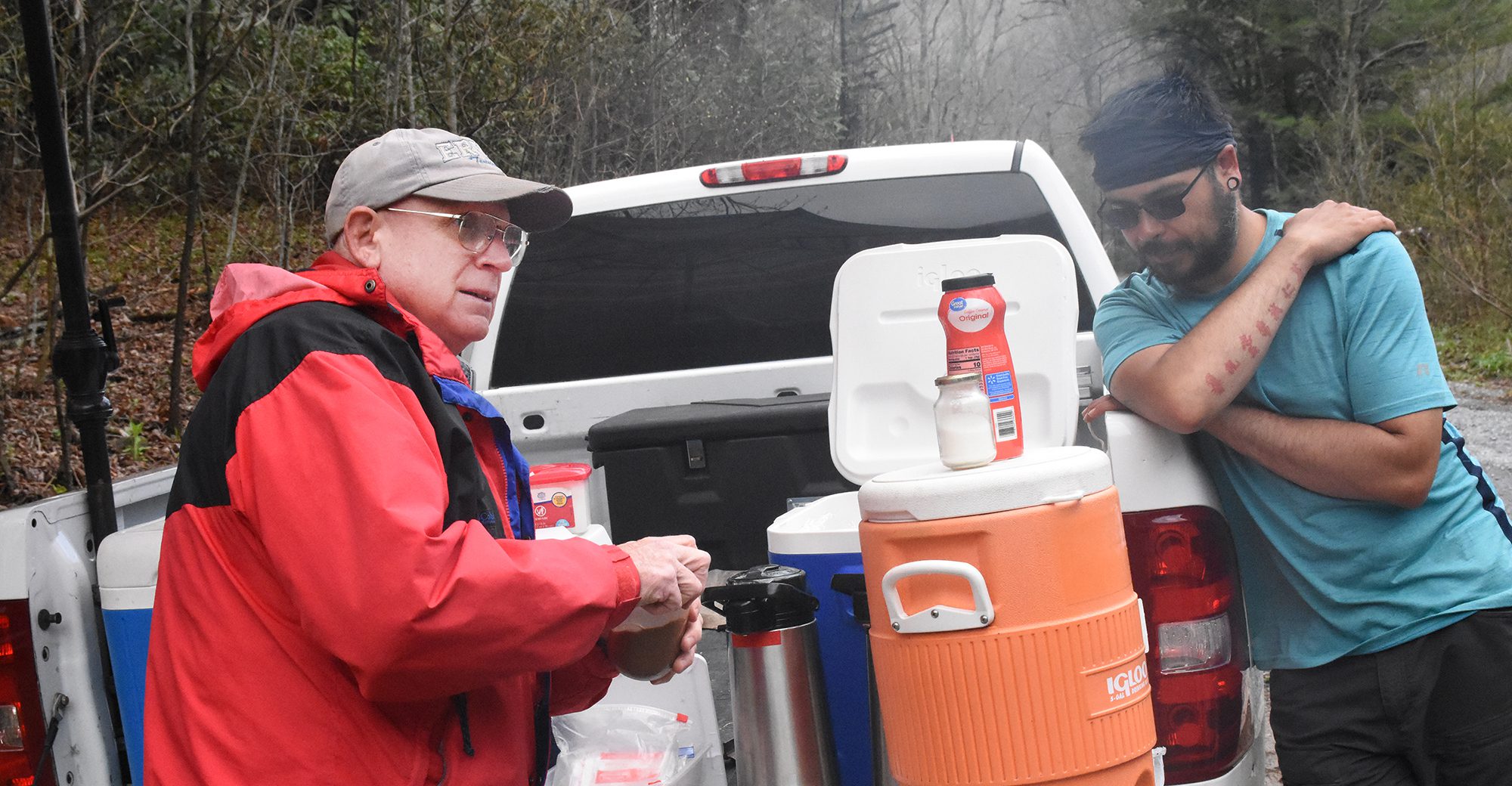 It’s a clear, cold morning as Glenmary brother Tom Sheehy sets up his tail gate weekdays during the hiking season at a trail head (Indian Grave Gap) on the Tennessee/North Carolina border on the Appalachian Trail. His white pickup is parked within eight feet of the trail and his boxer named Moses helps greet hikers as they travel alone or in groups of varying sizes.

“Good morning, hiker!” he calls out to a lone male hiker approaching from the south with his dog.  “Want some ‘trail magic’?”  Trail magic is a slang term for any unexpected surprise that lifts a hiker’s spirits.

For six seasons, Tom has been ministering to hikers on the Appalachian Trail (the “A-T”).   Hikers are invited to take a rest in one of the folding chairs arranged in a semi-circle.