She is beloved for her simple message for today: “Love the poor.”

St. Teresa is near the top of any list of modern saints. She was known as Mother Teresa for her work on the streets of Kolkata, India, tending to the dying. Literally 300,000 people live and die, unsheltered, on the streets of that city of 3 million.

Born Agnes Goxha Bojaxiu, she left Albania in 1928 to join the Sisters of Loreto, in Ireland. Within months she was bound for Kolkata, India, where she taught in a private girls’ school. Sight of the homeless, and often sick, poor outside the school haunted her.

She heard what she termed “a call within a call.” With permission she eventually left the sisters to do street ministry fulltime. She wore a simple sari and a white dress, street clothes. Other women soon followed. In 1950 those 12 women founded what eventually became the worldwide Missionaries of Charity.

Her ministry grew from the sisters’ first clinic there, eventually to a companion order of men. As the media discovered her, she nurtured relationships in Rome, and eventually became close friends with another saint, Pope John Paul II. She was revered worldwide when she died at age 87. She lay in state below her motto: “Works of love are works of peace.”

Lord, teach us to follow in some small way the witness of St. Teresa of Kolkata. Help us not to ignore the poor in our midst. Help us to, like Mother Teresa, move beyond our fear of poverty. Give us your grace to seek not acclaim, but rather to seek ways to serve. We give you thanks for our abundant blessings. 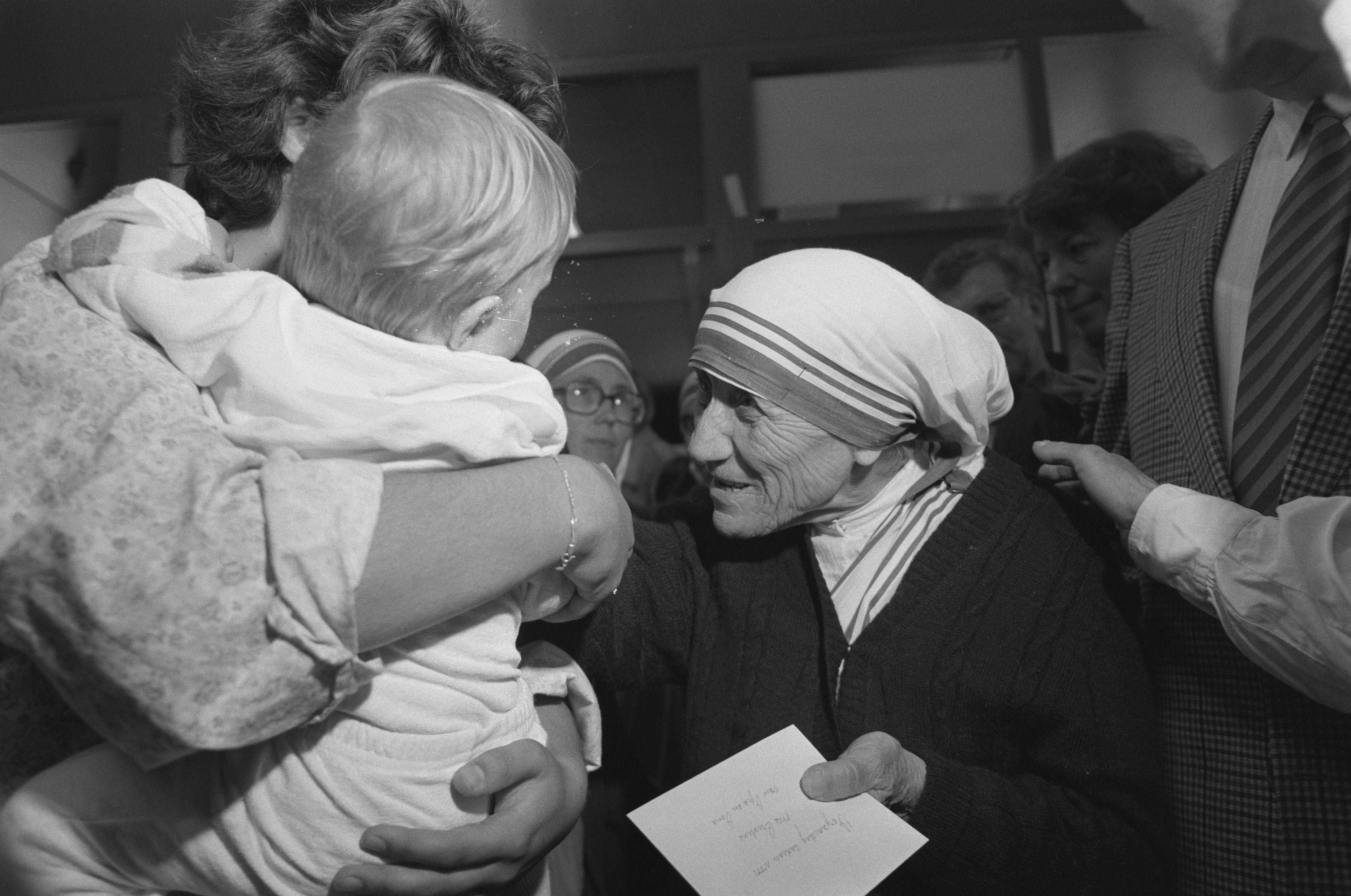