Home / News and Notes / Serving the Poor: On the Margins With Brother Jason

Serving the Poor: On the Margins With Brother Jason 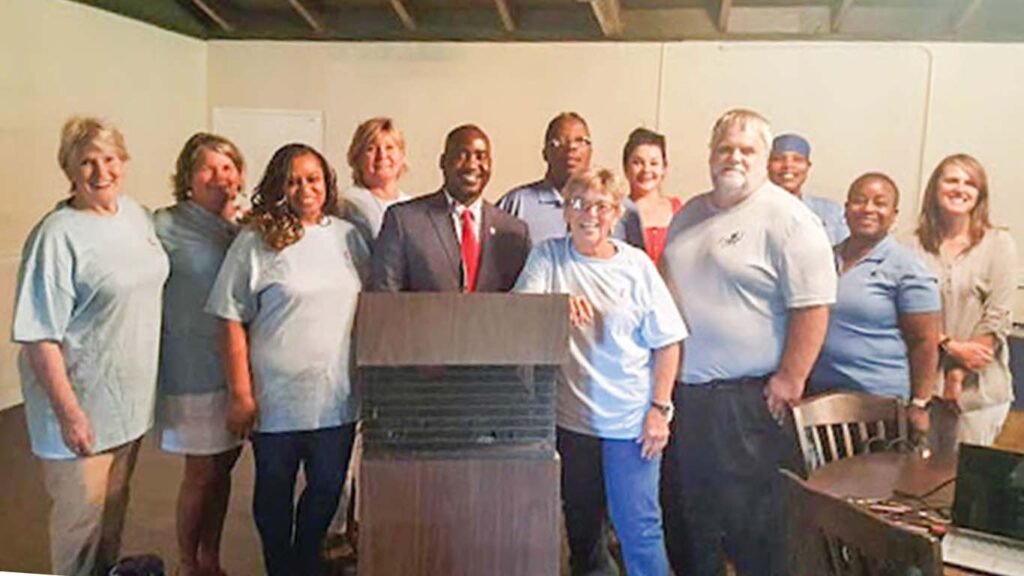 Glenmary Brother Jason Muhlenkamp reaches out to the margins for a living. The margins? “Webster calls it, ‘something considered insignificant, or on the periphery,’” says Brother Jason. “I look at the examples of Brothers Virgil and Curt and their food pantry, the example of Father François going to serve men in the prisons, Father Vic going to migrant camps…”

That answer typifies Brother Jason’s humble style. In his own county in a forgotten corner of Southwest Georgia, in Early County, Brother Jason himself searches out those forgotten people.

“I try to voice that at local community meetings. At the hotels around here, for example, people just drive by. If you start paying attention, you see, ‘Oh there are children being dropped off there.” Families without homes are making do in a hotel room for as long as they can. “People are surprised when they learn that. Every time. I talk to people about homelessness in the community, even if it is a different kind of homelessness.”

He means small-town homelessness. “A lot of people might not be on the streets, they may be able to stay at a relative’s house until something goes sideways, or stay at the hotel until they run out of money. There are abandoned buildings that people stay at too.” Those are people at the margins. Some of those people get to a hotel with Jason’s (and a donor’s) help.

That led Brother Jason, who has social work training, to start a transitional home for people who need help getting back on their feet. Jason and his partner in ministry, Baptist Pastor Darryl Alexander, bought a mobile home, repaired it with local labor, and opened the transitional house. Recently they have moved and renovated a nearby “tiny house” building so as to have lodging for women and men in the separate buildings. A staff person lives there, too.

“There was one young man that was living in an abandoned building. We had worked with him before through our “C-Hope” ministry [a nonprofit he and Pastor Alexander started]. He wasn’t getting his mental health needs met. He was on the margins.” Brother Jason doesn’t take much credit for this remarkable work. All of this, he says, is “just walking with people on the journey.

“Once we find people who are out of sight, we have to say, ‘These people are not insignificant, they are not out of sight. They need our assistance, to bring them into the circle.’ We go to the margins,” he says, recalling the inspiring story of a Jesuit who works with gang members. “We recognize the circle of compassion and imagine no one standing outside of that circle. As Glenmary missioners, as missionary disciples, we are called to go outside the circles.” When he finds people, he says, “we invite them to come to the King’s table.” That would be an invitation to the table of fellowship in the Church, the goal of all missioners.