The seismic waves of an earthquake that shook Peru three and a half centuries ago have reached Martin County, North Carolina. At least, from the spiritual standpoint.

On October 24, parishioners at the Spanish Mass at Holy Trinity mission in Williamston, N.C. carried a replica of the image “El Señor de los Milagros” in a procession on church grounds. The image was brought from Peru by friends of Leonor Rossel Cáceres, a strong devotee of El Señor de los Milagros who assures that Jesus has manifested himself numerous times in her life and that of her family through this devotion.

The origin of the image goes back a long way. In 1655, an earthquake hit the regions of Lima and Callao, Peru, destroying houses, churches and mansions. But an image of Jesus crucified, painted on an adobe wall, remained standing. Crowds began to gather before the image, the survival of which they considered a miracle.

That was the first of several miracles that people attribute to “El Señor de los Milagros” (The Lord of the Miracles) which is now an invocation of the Son of God. The feast is now among the main Catholic celebrations in Peru. The annual procession in Lima is one of the world’s largest religious processions.

Three years ago the parish began celebrating this feast. Holy Trinity mission is small. About 60 or so people attend Sunday Mass. Twenty or so attend Mass in English but the majority are Spanish speakers and attend the Spanish Mass. Among the Spanish speakers, most are Mexican, but there is a small community of Peruvians as well as some others.

As “El Señor de los Milagros” is not well known outside of Peruvian culture, Father John compares its popularity with the devotion to Our Lady of Guadalupe held by Mexicans and other Latinos. 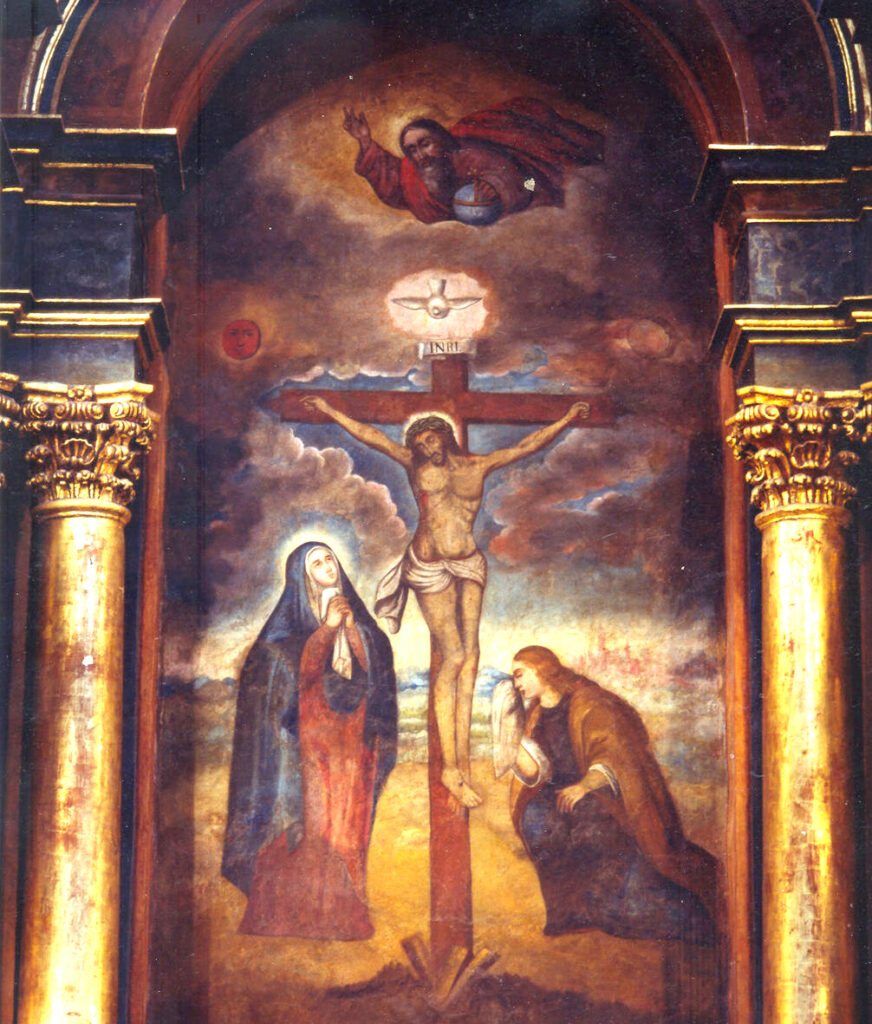