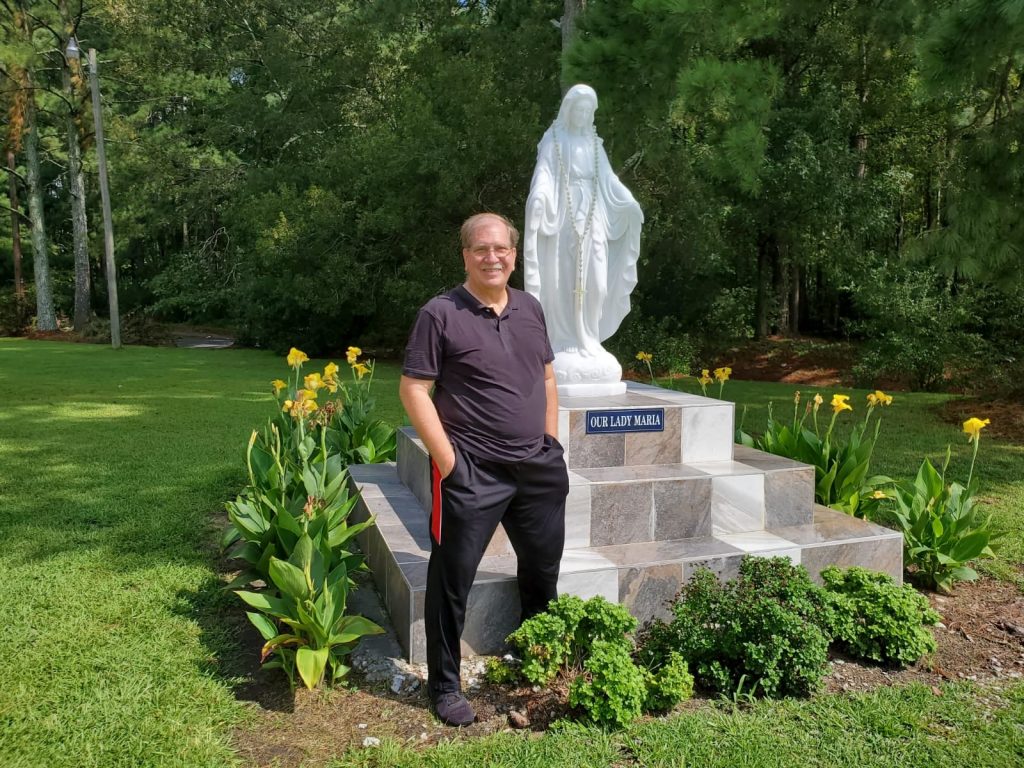 Father John Brown said the response to his mission’s new statue of Mary has been “beautiful.”

Statues of Mary are not terribly common in Mission Land, USA, but for the past year one has stood just off the main highway through Williamston, N.C.

The statue, donated by parishioners Kevin and Teresa Nguyen, stands proudly on the front lawn of Holy Trinity Catholic Church, one of three Glenmary missions in East North Carolina. The Nguyens made plans to donate the statue, valued at more than $7,000, before Glenmary took control of the parish in 2018, but it was finally erected in August 2019.

In Martin County, N.C., less than two percent of the population is Catholic. Many of the churches in the area, says Pastor Father John Brown, are of denominations that might object to Marian statue. Father Brown worries some may see the statue as idolatry, but the only comments he’s received from the community have been kind.

“I’ve heard from someone who works at the rehabilitation home behind the church,” Father John said. “A couple different women there thought it was just beautiful. The owners of a store across the street also thought so. There’s certainly been a positive reaction.”

For the parishioners, Mary stands as a witness to their Catholic identity. In addition to the Nguyens’ donation, other mission parishioners assisted in digging and constructing the pedestal the Blessed Virgin stands on. The statue is made from Croatian marble and was carved in Vietnam. It is illuminated softly at night by lights that charge on solar power during the day.

“I wanted to donate this statue so parishioners could pray for Mary’s intercession,” said Kevin Nguyen through an interpreter.

The Nguyen family are long-time parishioners at Holy Trinity and have donated the mission’s stations of the cross, as well as a set of priestly vestments.