Home / News and Notes / Growing up with a mission

Growing up with a mission 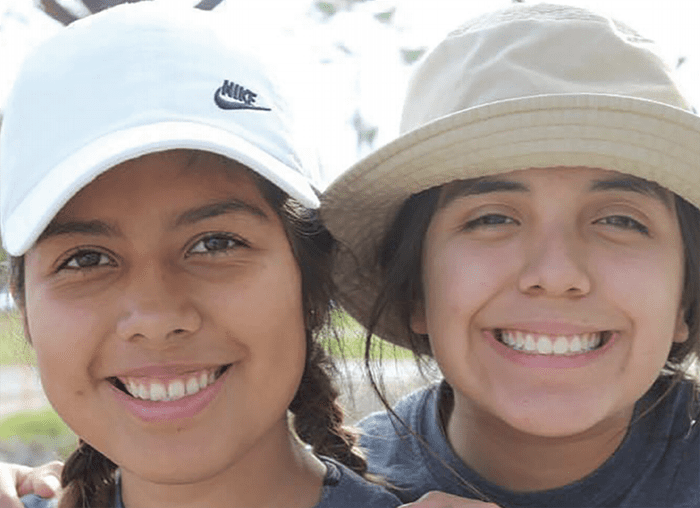 A young and dynamic parishioner grew her faith as St. Michael the Archangel developed into a thriving community

Bernice Luquin, 20, is a committed and involved parishioner at Glenmary’s St. Michael the Archangel mission in Erwin, Tenn., but reaching that point has been a journey.

When she was a young child, Glenmary had not yet come to Erwin. With no Catholic parish in town, her family drove 16 miles to nearby Johnson City. The distance made it harder to connect there, and her faith hadn’t begun to click.

“I was young and I remember sitting in the pew one time saying ‘I’m never going to make my children go through this because it’s absolutely boring,’” she says. “I didn’t know why I was at church or what church meant. It wasn’t until St. Michael the Archangel came about [that things changed.]”

St. Michael the Archangel began with humble origins in 2011, meeting for its first Mass in a room at the local Elks Club. Bernice remembers those days, and she also remembers well the mission’s second location in the basement of a house. Now the parish has a permanent structure and thriving youth programs.

From the time her family began attending St. Michael the Archangel, Bernice’s faith began to grow. No longer driving a long distance for Mass, she was able to get involved in religious classes and the youth group.

“Before St. Michael I wasn’t really involved,” she says. “Here I started going to Wednesday classes (for religious instruction) and I got to see my friends from school. I really learned a lot. I didn’t even know what a crucifix was!…So it was all these programs and events and lock-ins when I slowly started to realize what it means to be human and to be a follower of Christ. It’s a little overwhelming but it’s a wonderful feeling.”

That feeling has motivated Bernice to dive deeper. During high school she was very involved in the parish youth group, expanding her horizons with weeks of service at Glenmary’s Group Volunteer Program in Grainger County, Tenn. In 2017 when Hurricane Irma wreaked havoc on Florida, another young person suggested they form a cleanup crew to assist in the aftermath, a trip Bernice eagerly joined. She led a parish effort to take up a collection for victims of Hurricane Laura last year and she’s even served on the Diocese of Knoxville’s Diocesan Youth Ministry Advisory Council.

“She’s been active here in the parish,” says Glenmary Father Tom Charters, pastor. “Here’s a college student from a small Glenmary mission that thinks outside the box of just the parish or the county or the diocese.”

Bernice’s approach has even made her something of an ambassador for Catholicism in the community.

“Erwin is predominantly Baptist based,” she says. “There are a lot of Protestants. At first it was intimidating because a lot of people don’t know much about Catholics here.…I did get a lot of questions.”

Once Bernice found herself asking a friend what Mass was like at their church. The friend wasn’t familiar with the term. The exchange led to further discussion and in the end Bernice visited the friend’s Protestant church, and the friend came to St. Michael’s for Mass.

“It can definitely feel a little weird being the lonely Catholic in a predominantly Baptist community,” she says.

Another of Bernice’s activities is sharing the Word of God—literally. Several years ago Pastoral Associate Kathy O’Brien connected Bernice with Glenmary’s Mission Education Office. Glenmary provided Bernice with Bibles which she decorates and distributes.

“I feel like a lot of people don’t own a Bible,” she says. “I hate to say it but they also sometimes look dull, despite being beautiful on the inside! I don’t think you should have to buy a Bible. You should receive one for free. I want to give them to anyone who doesn’t have one.

“They are Catholic Bibles so I’ll just ask someone, ‘Do you want a Catholic Bible?’ And then I show them a picture. I haven’t been rejected yet.”

All that Bernice has been able to do goes back to when Glenmary founded St. Michael the Archangel. Bernice adds, “Glenmary has really offered us so many opportunities. We’re very thankful for Glenmary. They’ve always been there for us.”

As for St. Michael the Archangel, to Bernice it’s more than just a place of worship.

“To me it just means home,” she says. “I talk about my church all the time.…Seeing how we went from the Elks Lodge to basically a basement and now to our multipurpose building [is great.] We may not have a big cathedral, but St. Michael’s is home to me.” 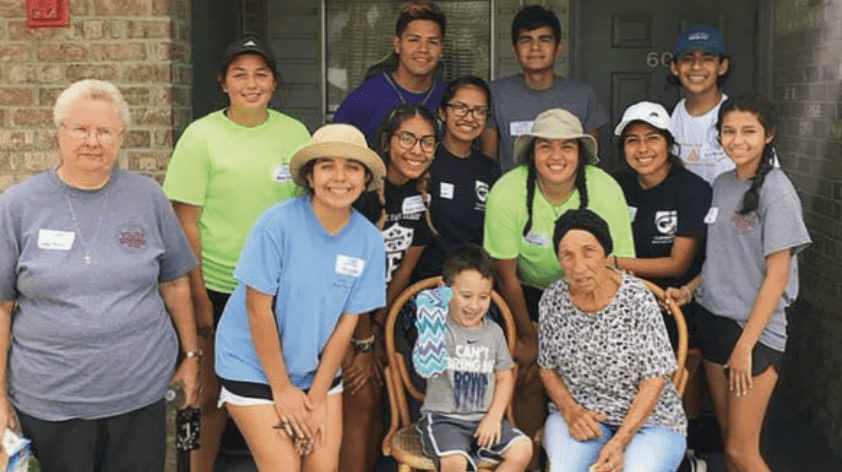 Bernice Luquin was an active member of the parish youth group directed by Kathy O’Brien, left. Through the youth group she grew more connected to the universal Church.