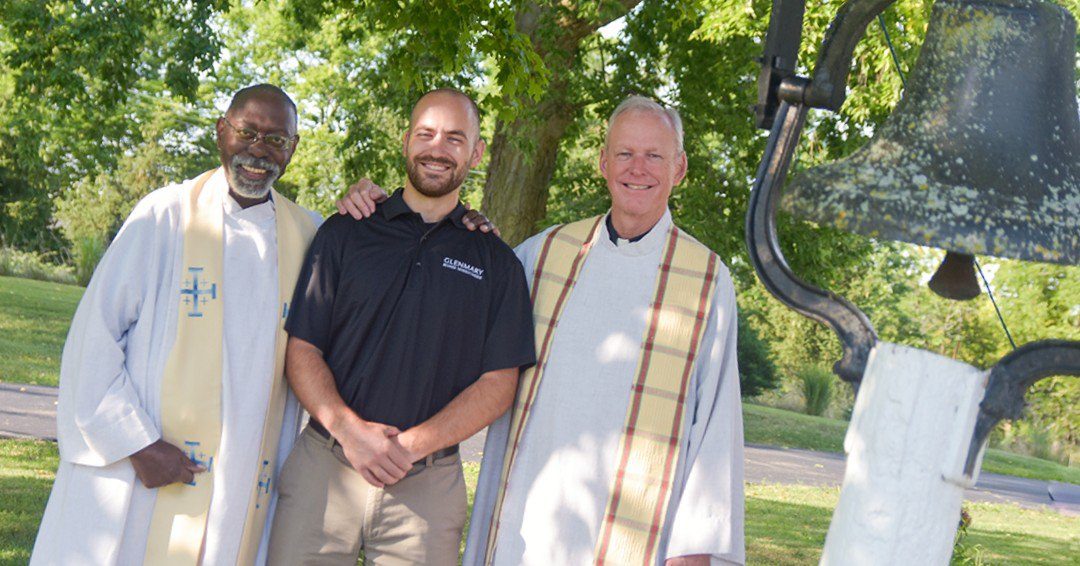 Amid the clanging of the mission bell, Kevin Riedel, one of nine men in formation for Glenmary Home Missioners, was sent forth Aug. 6 for the mission-placement portion of his novitiate year.

Glenmary President Father Dan Dorsey and Co-novitiate Director Father Tom Kirkendoll presided over the blessing. As is Glenmary’s tradition, he received a crucifix, and his car was sprinkled with holy water as he drove off. The mission bell outside the novitiate house rang over Fairfield to announce his departure.

For a Glenmary student, the novice year is the final stage before making their First Oath with the society. As discernment continues, the student may eventually make their Final Oath, becoming part of the Glenmary community for life.

To consider if God is calling you or someone you know to life as a Glenmary missioner, click HERE.