Father Charles Aketch on the Spirit of Our Founder 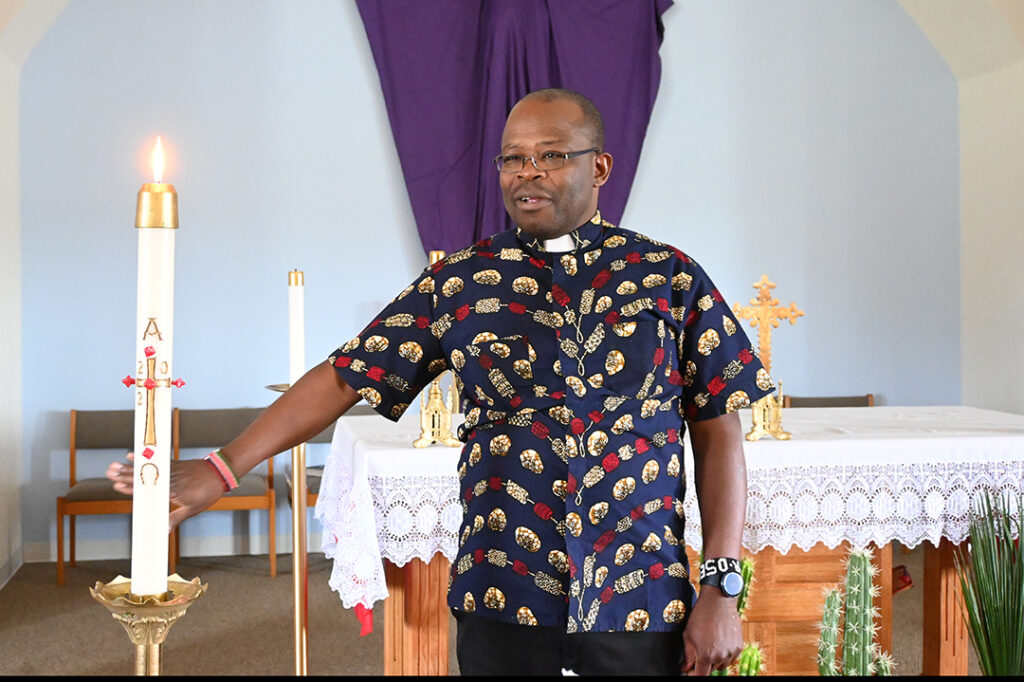 Is Father William Howard Bishop’s 85-year-old vision for Glenmary still relevant? That question is easy for Father Charles Aketch, pastor of Glenmary’s mission in Macon County, Tennessee. “I’m spreading the Gospel, and the Gospel is new each and every day,” he says. “All of the foundations of Glenmary’s ministry are very relevant everywhere we go.”

Those foundations, or pillars, of Glenmary’s ministry are five: nurturing Catholics, social outreach, working with other Christians, evangelizing the unchurched, and connecting to the Universal Church. Glenmarians are as devoted to them as ever. In a given ministry, of course, some efforts will stand out more than others.

“We are reaching Catholics,” Father Charles says, “but we also are involved in community outreach. He and his pastoral team at Holy Family parish in Lafayette practices each of those pillars. “One person cannot do the whole thing here. So we meet each Wednesday and divide it up.” The we in this case is he and lay pastoral minister Tania Delgado. ”We try to reach as many people as possible.”

Outreach always has mixed success, he readily admits. For example, Holy Family sponsors a very popular Vacation Bible School each summer. “But you know, most of the churches said, ‘We’re having our own,’” he says. So they wouldn’t participate in his. “So we reach out to other kids, who might be baptized but who don’t come to church.”

On the other hand, there is a weekly radio spot that Father Charles shares with Father Sam Mungai and Tania Delgado— his pastoral team takes turns—10 minutes per week reaching people far and wide. There’s jail ministry, an interchurch food pantry nearby, Brother Larry Johnson’s outreach to the poor and all manner of chance encounters.

“My hope and dream is that people in the area simply grow in their humanity,” says Father Charles. Here he echoes a key characteristic of Father Bishop’s approach: to focus on service. “His idea was, How do we help these people to grow, how do we uplift them, how do we improve their standard of living? That’s why we are very big in outreach.”

Contrary to some people’s thinking, Father Bishop was not solely focused on conversion, though conversion, a typical goal for his time, was important to him. “He really discouraged Glenmarians from doing that alone,” says Father Charles. “He wanted us to reach out, to have a ministry of presence, even the type of encounters that the pope is talking about today.”

So, for Father Charles, the vision of Father Bishop is alive and well. “I think our founder is still alive!” he says, speaking both figuratively and in a spiritual sense. His spirit animates Glenmarians today.