Home / News and Notes / Reunion at ‘The Farm’

Reunion at ‘The Farm’ 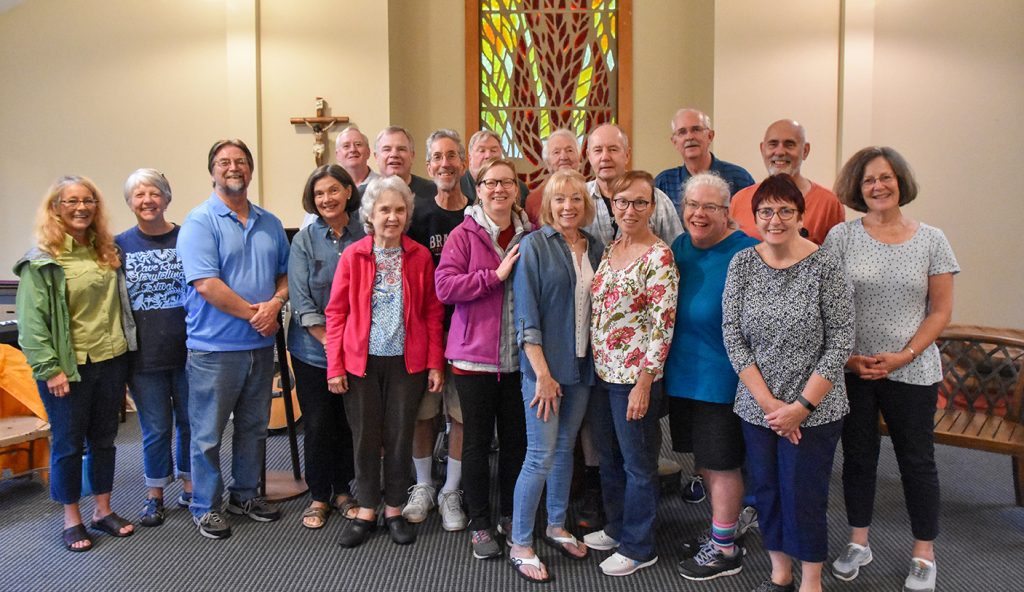 A group of former Glenmary Volunteers pose in the chapel of the old Volunteer Farm.  In back, center window, is Glenmary Father Les Schmidt.

You never know what impact a mission experience can have.

On a weekend early in October a robust group of former volunteers gathered to reminisce about where their lives had taken them since the time, decades back, when they first encountered Glenmary. The reunion took place at what once was Glenmary’s volunteer farm in Lewis County, Kentucky known simply as “The Farm.”

The location continues to serve the local community as Emmaus Farm.

Some of those gathered, notably Tom Carew, had helped to establish the program in the early 1970s. He eventually married another volunteer, Molly Barrett, and they settled in nearby Rowan County, where each had a remarkable career of community service. 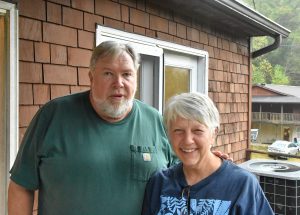 “I was studying to become a nurse,” recalls Molly (Barrett) Carew “and came as a Bible school volunteer, in 1972.” She had come from her home in Minnesota to work among the Franciscan sisters who worked alongside Glenmary in Vanceburg, Kentucky. After completing nursing school, she recalls, “I came here to work with a blooming home-health agency.” Health care was even less accessible in the area then than now. “I worked as a nurse in the area for about 20 years.” That was around the responsibilities of motherhood as she and Tom raised a family. Molly went back to school to become a nurse-practitioner, providing medical services in nearby Morgan County. She spent 20 years at that. She just retired earlier this year.

Tom is a story in himself. He came from Queens, New York, with a group of volunteers from Fairfield University, in Connecticut, in 1971. He used his skills in home repair to do just that, and decided to stay in Kentucky, as the first manager of Glenmary’s volunteer farm. Within a few years, with a small group of like-minded friends, he founded Frontier Housing, Inc., and in the following four decades, built more than a thousand houses in counties surrounding Rowan County, where he and Molly settled.

All of those counties were served by Glenmary. “Glenmary helped with the initial investment,” he recalls. And they received a lot of help from the local Glenmary parish—“Pastor John Garvey, then Father Chet Artysiewicz, Brother Mike Springer….”But that wasn’t all. Eventually he was tapped as a resource person by the Federation of Appalachian Housing Enterprises and traveled across the region helping low-income-housing nonprofits establish stable, long-lasting programs. “You can imagine the impact it had. Certainly on the quality of life, but also on the local economy, with jobs and job training to build all of these houses.” 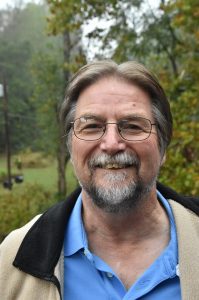 One more example: Tom O’Brien came to The Farm as a Glenmary volunteer from St. Joseph High School in Trumbull, Conn. Then he kept coming back: “I came for Spring breaks, summer breaks….” He was discerning his vocation, and wound up at a Glenmary parish in North Carolina for three months. He lives there to this day, in Andrews, North Carolina. He had been a volunteer at a new training program for adults with developmental disabilities. “When I got ready to leave, the director asked if I would consider coming back and spending a year to help get program off the ground.” Eventually, over the next 45 years, Tom grew Industrial Opportunities, Inc,  to be the eighth-largest employer in a three-county area. “Right now we have about 104 individuals with some type of disability that we work with in our program or in schools, and we have about 200 employees who operate a manufacturing facility. It has a strong economic impact on our community—$11 million dollars annually.”

Those are two remarkable stories of people who came as volunteers and never left Appalachia. Other stories abounded of men and women who returned home alive with desire to serve others, at least partially due to their immersion in service with Glenmary. Home repair, social work, medicine, community-service organizations—the list of where these people made great impact is long. And some of it, enough to rekindle a reunion more than 40 years later, traces back to Glenmary.

The Glenmary Volunteer Program continues on as well, now based in Grainger County, Tenn., atop Joppa Mountain. There new volunteers are making a difference in the lives of the people Glenmary serves and building personal foundations for a compassionate life of service.