He sought understanding with Islam. 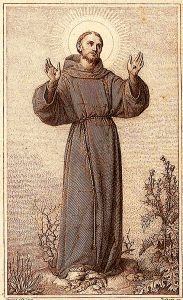 Francis of Assisi is the most popular of saints. People associate him with love of nature, love of poverty and simplicity; indeed, he is the patron saint of environmentalists. But St. Francis also traveled far and wide to spread the Gospel.

Among Franciscans, the most famous story of St. Francis’ missionary work is his trip to Egypt, during the time of the Fourth Crusade. He traveled across the Mediterranean Sea to Damietta, Egypt, at the mouth of the River Nile. There he crossed through the European crusaders’ camp and headed further on, to the camp of Sultan Malik el Kamil.

As many missioners have done with others, he sought to convert this Muslim to become Christian. In this case he sought to stop a potential slaughter of the overpowered Europeans. But, as many missioners then discovered, people believe what they believe for a reason. Mutual understanding is the starting point that precedes any conversion. In modern times, that’s called “pre-evangelization.”

Francis and the Sultan sat and talked, possibly over three days’ time, learning about each other’s sincere beliefs and desire for peace. Muslims, of course, believe in one and the same God that Christians do, though Muslims do not accept the divinity of Jesus Christ. The Sultan was impressed with St. Francis, the peacemaker, and gained new respect for Christianity. Francis was so impressed with the prayerful nature of Islam he incorporated some of the Muslim forms into the prayer of the Franciscan movement.

Prayer: St. Francis, your life and love inspires us in so many ways! Help us to see in your openness to everything around you, including people of various faiths and backgrounds, the love of Christ himself.