“We are made loveless by our possessions.” 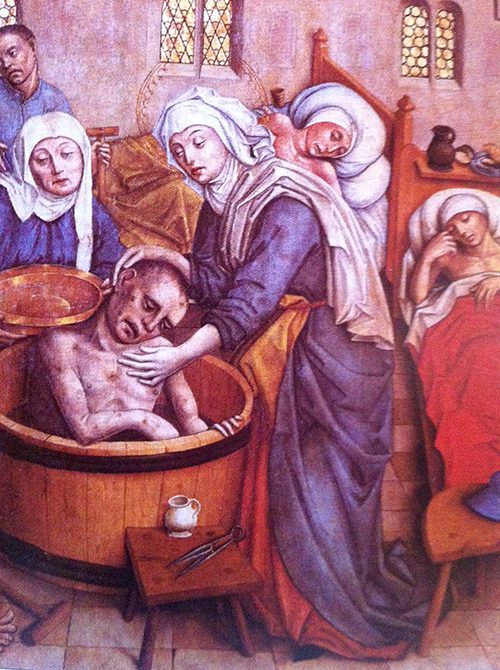 Missioner saints can come from all walks of life. St. Elizabeth of Hungary was a noblewoman, a princess, during a time of religious reawakening in Europe, during the 13th century. One of our best-known saints, Francis of Assisi, lived at that time. It was he that St. Elizabeth drew inspiration from. She joined his movement, the lay Third Order, and devoted what became her short life to offering relief to people suffering poverty and illness.

In the 13th century there wasn’t much intervention when people became ill. Not only were there no vaccines, as in our modern coronavirus pandemic, but also most people lived in unsanitary conditions. The sickest were ostracized. During her lifetime the area experienced floods, famine and plague.

St. Elizabeth left the privileged and isolated confines of her royal family and went out among the poor, offering financial assistance, food, and even nursing the sick. She was only a teenager at the time! She had been married at age 14.

At age 20 her husband died of disease. St. Elizabeth, undeterred by her controlling brother-in-law, was able to spend her dowry building a hospital. She herself was one of the caretakers there. She died only a few years later, at age 24.

Prayer: St. Elizabeth, you show us what it looks like to travel outside of our comfort zones to follow the Lord’s call. Pray that we will open our hearts to do the same.