Home / News and Notes / Three gifts from the missions

Three gifts from the missions 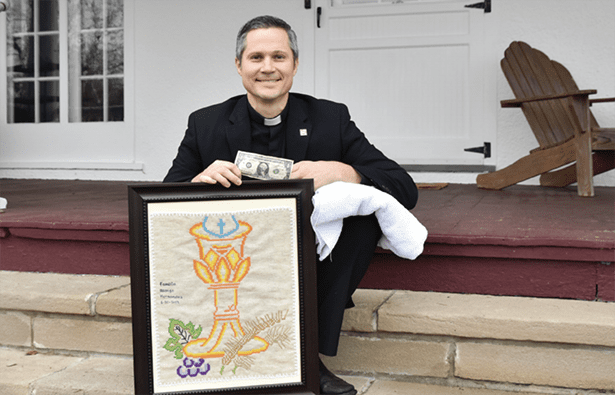 There is more to most gifts than meets the eye, but all are about gratitude.

A towel, a piece of art, a crumpled dollar bill. When I think about what’s really important during this season of giving, these gifts give me pause. 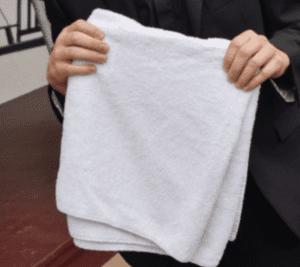 The first gift I’d like to talk about is a white towel. If we’re being honest, it’s not the most exciting of gifts. When we have a birthday, we don’t rip open a box hoping there’s a white towel! But this was such a special gift to me.

Throughout the world, immigration is a struggle. In our Glenmary missions, this struggle has a human face to it.

The folks I’m discussing are here legally on migrant worker visas. In eastern North Carolina these people labor for six months out of the year in a crab meat factory near Lake Mattamuskeet. They live in squalid, overcrowded trailers with poor air conditioning. There are bugs everywhere, and for the six months they are here, they are away from their families.

In the mission we would bring them food, water, clothes, cockroach killer, and celebrate the sacraments with them. Our sanctuary was an outdoor carport, surrounded by roosters, dogs and bees. The floor was dirt mixed with broken glass bottles. But this was our sanctuary and the people would become overjoyed to receive the Eucharist.

The last time I was there I opened the Prayers of the Faithful up to anyone who felt moved to share. The matriarch of the community said, in Spanish, “I’m so grateful for Glenmary, so thankful you are here and that we can experience Jesus in the Mass.” Then she began to cry. The separation from her family was too much.

Person after person spoke and the Prayers of the Faithful lasted 20 minutes. I didn’t know how to close things down, so rather than offer a closing prayer I gathered them together and we embraced.

After Mass the matriarch who began the prayers came up to me. She said, “Father, I’m really embarrassed. I don’t have anything to give you, but we want you to remember us. So, the thing that we have is this white towel. Accept it as a gift.” 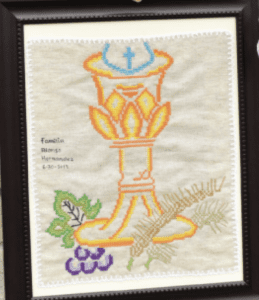 In eastern North Carolina, I saw that passing the faith to the younger generation was a challenge. We had young people in the missions and I wanted them to know they could be leaders in the faith as well.

I thought, “Why not create a whole bunch of servers?” But I soon learned that was easier said than done! After weeks of little interest, I finally gained headway when I mentioned to a couple of girls in the mission, “you’ll get to use fire!” For whatever reason, this was what attracted them to serve. So, I got two.

The great thing about young people is they watch. The other young people saw that these two girls were able to do what they were doing, and it looked fun and exciting—especially using the incense. In time, we had a dozen servers.

The last weekend at my mission a family came up to me and gifted me a beautiful image. It was a large cross-stitching of a chalice with the Eucharist.

The family said to me, “Father, you have no idea how difficult it has been for us to be parents who try to raise their kids in the faith. Every Sunday morning it was like pulling teeth just to get them out of bed. They were typical teenagers.

“Now our kids wake us up on Sunday morning. They make sure we arrive early! Our kids are making sure we don’t miss Mass. Father, you have given us the gift of faith.” No gift could say that better. 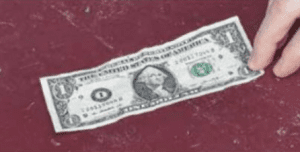 Glenmary missions are diverse. A mission parish might have 50 people in rural America but sometimes there are 10 to 15 cultures represented. One culture represented in North Carolina was a wonderful group of Filipinos.

Each January they celebrated Sinulog, a celebration of when Christianity came to the Philippines 500 years ago. The celebration draws people from all over the United States.

My job was to go around the town to businesses and ask people to donate gifts that we could raffle off to pay for the celebration, but also to fund our mission. I learned that it is tough to have to beg. By and large people were very generous but sometimes it would not work out. It was exhausting.

I had come to the end of an exhausting day of doing this. I was leaving the grocery store parking lot and I saw a man coming. I knew him. He was a local, semi-homeless person who was often begging.

That day, I just didn’t have the patience. I knew I should be charitable, but I just couldn’t find the charity in my heart. As he reached me he told his same story. I’d heard it a million times and I know there’s a chance it’s not true. So, I said to him, “I’m sorry. I can’t help you.”

It wasn’t true. I could have helped him. I didn’t stop there. I told him, “Actually, I’m going around asking people to help our church because we need money.” And I left.

The next day I went back to the store and as I left, the man found me. I was prepared to turn him down again. Then he extends his hand, holding a crumpled dollar bill. And he said, “Father, I want to donate to your church.”

As we celebrate Christmas and look forward to the arrival of the magi and their gifts, may Christ grant us clarity of vision to know the true worth of the gifts we have received.

This reflection first appeared in the Winter 2020 edition of Glenmary Challenge magazine.