Home / News and Notes / The power of the Son

The power of the Son 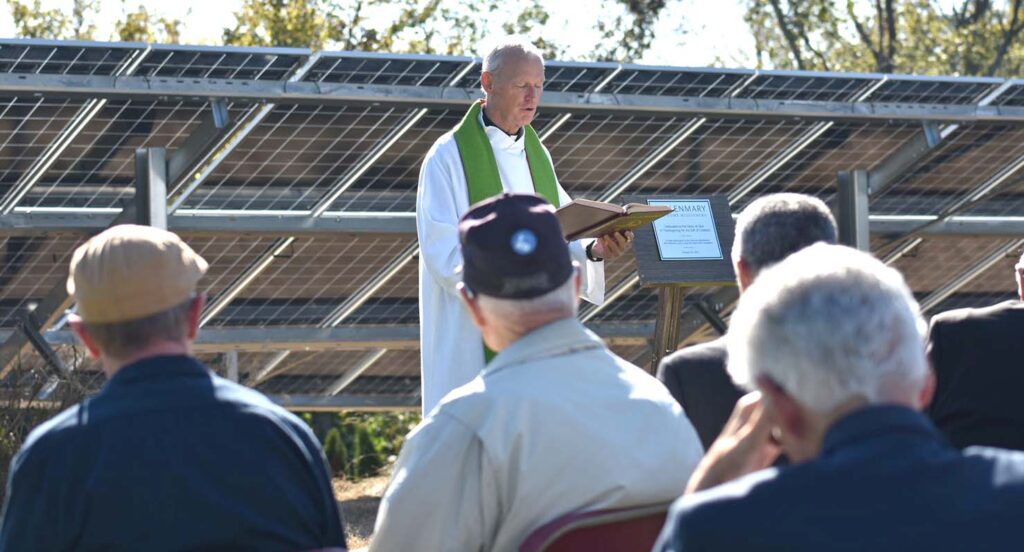 At Glenmary headquarters we recently had solar panels installed. On a sunny day our array will not only provide electricity for our entire campus, but we will also even be able to earn credit from our power provider if we produce more than we need.

Before continuing I would like to state that I am illiterate in science. After a bit of research, however, I learned that our sun is a nuclear reactor. It releases packets of energy called photons. Every hour, enough photons impact our planet to generate enough solar energy to satisfy global needs for an entire year.

Take a moment to ponder that. If we harnessed the power of the sun, the energy needs of the entire world could be solved!

Simply put, a solar panel works by allowing photons, or particles of light, to knock electrons free from atoms, generating a flow of electricity. Solar panels actually are made of  many smaller units called photovoltaic cells, which convert sunlight into electricity.

Now imagine Son power is analogous to sun power as we prepare for and celebrate the birth of Jesus during this Advent and Christmas season.

The Word is made flesh and in doing so the light of Jesus Christ shines on us. His grace and the Holy Spirit are like the photons that knock sin (electrons) free from humanity (atoms) generating a flow of salvation electricity! And just as important, each of our faith communities are like the photovoltaic cells that convert Son power into the Light of the World!

In our post-pandemic world we are aware that Mass attendance is down. Many people profess to be spiritual, but they don’t believe in any one church or religion. In addition, we live in a polarized society.

How are we as individuals and faith communities called to respond? How do we take the light of Christ and convert it to “electricity” that will enlighten our communities? 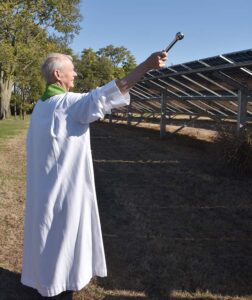 By attending a Bible study? Yes! Supporting food banks? Yes! Active participation in Sunday Mass? Yes! Reaching out and visiting a homebound person? Yes! By living out the gospel each day we are producing light in a world of darkness.

Glenmary missioners attempt to be the solar panels in the areas they serve. They do all of the above and more. Our mission is to touch the lives of those who are on the fringes, the forgotten, the neglected.

Were you as struck as I was by the fact that in an hour, the light of the sun that reaches the earth could supply the entire world with energy?

Is it not the same with the power of the Son which reached earth 2,000 years ago in a manger in Bethlehem? Isaiah dreamed of this when he prophesied “The people who walked in darkness have seen a great light; upon those who dwelt in the land of gloom a light has shone…. For a child is born to us!” (Isaiah 9:1)

During this most blessed of seasons may we harness the light of Jesus Christ and joyfully share it with those we encounter!

This column first appeared in the Winter 2021 edition of Glenmary Challenge magazine.