New Life Near the Shores of the Cumberland 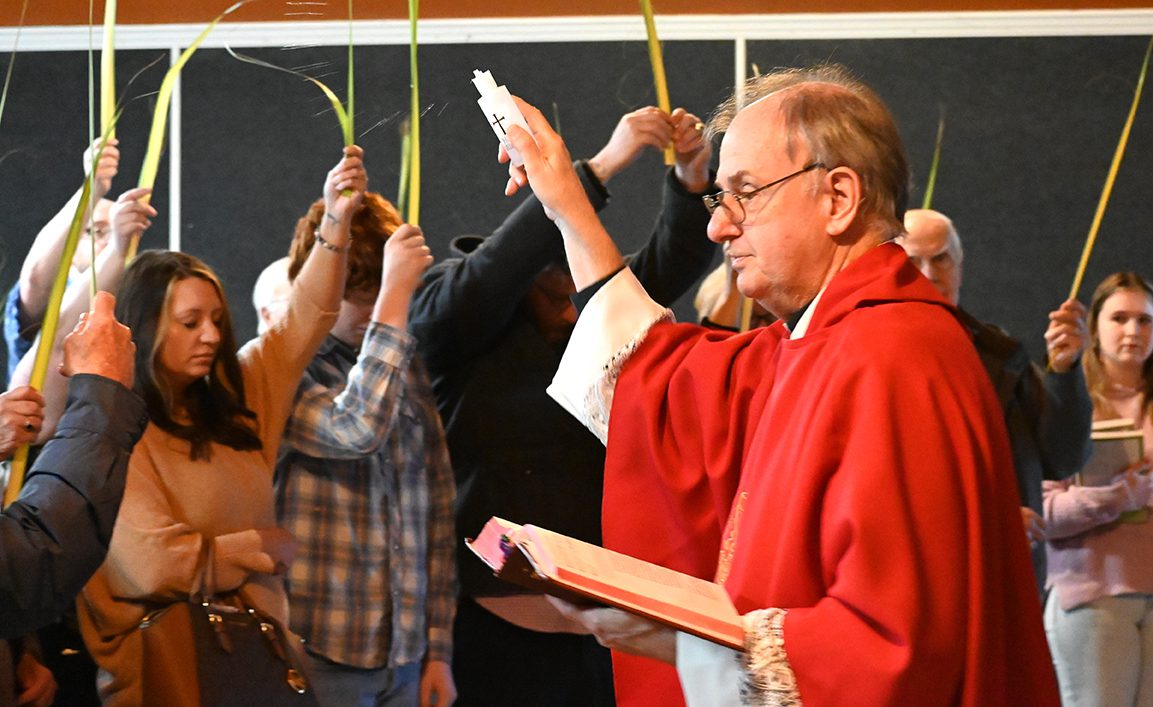 You could hardly think of a better word than resurrection when you consider what’s happening in Smith County, Tennessee, this Easter. That’s the county where Glenmary missioner Father Don Tranel set up shop in January of last year and started letting people know the possibility of bringing together a Catholic church near the county seat of Carthage.

Immediately, Father Don started identifying Catholics—a fair-sized group of them—who had been traveling to various other counties to attend established parishes in bigger places. But he also found people longing to join the Church.

“We have two candidates and one catechumen,” he said, before Easter. He had just been with them at the Cathedral in Nashville for the Rite of Election.

“They are really pumped,” he observes, with a smile. “Their enthusiasm spreads throughout the community. That’s kind of fun—our little mission, sending folks to the cathedral.”

To Father Don’s pleasant surprise, things in Smith County are moving faster than he had predicted. As he started introducing himself around town in Carthage, the county seat, word traveled.

The local Methodist minister, whom he had befriended, invited Father Don to celebrate Mass in a hall at her church—”the first public Mass since the county was founded in 1799,” Father Don says, beaming. Before long he was scheduling a weekly service, and the community was talking about establishing a permanent home. A local Protestant church was for sale, on the banks of the Cumberland River. Father Don worked with Glenmary and the Diocese of Nashville to purchase the two buildings. At this writing, as Easter approaches, plans are underway to start fixing things up.

“People are still in the honeymoon period,” Father Don wisely observes, then notes a bit of brewing impatience with construction delays. “Everybody’s anxious to get into the new facilities.” In fact, awaiting construction to begin, they went ahead and started using the space at Easter, amidst basketball hoop and worn chalkboard.

Glenmary subsidizes Father Don’s presence and work in Smith County; the newly formed St. Peter the Apostle parish will renovate the property with a loan from the diocese. It’s all part of establishing a self-supporting Catholic community.

For now, Father Don thinks of the new life brimming about him, and considers the emerging parish’s new buildings. “It kind of cute,” he says, in an impish voice that friends of Father Don would recognize, then qualifies, adding details: “There’re two little buildings—a church and a hall—on three-and-a-half acres. And a little path leading right down to the Cumberland River.” Then, with a twinkle in his eye, he says, “you could literally wade out in the water for Baptisms if you wanted to!” Don’t count on it, he might add. Catholic Baptisms happen in the church itself.

Father Don predicts that the 40 or so people who have started coming to Mass regularly will grow. “When we get into our own building, and get a sign up, we might see a little uptick. We’re kind of developing our own identity. That’s kind of cool.”