My Country, My Mission

Home / My Country, My Mission

Glenmary Home Missioners was founded in 1939 by Father William Howard Bishop to serve what he termed “No Priest Land, USA.” At that time, he noted that more than one-third of the counties of the United States, mostly in Appalachia and the South, had no resident priest. 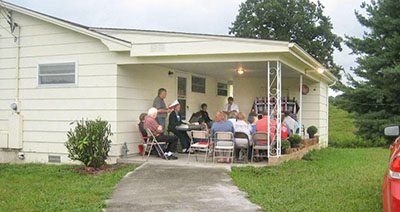 Glenmary missions have humble beginnings. More than one has begun with Mass under a carport.

Father Bishop foresaw that this area—then as populous as Canada, as large as Mexico and covering one-fourth of the United States—could be lost to the Church unless this vast priest-less “home mission” area was recognized by and designated a specific ministry of the Church.

For more than 80 years Glenmary has toiled in rural areas of Appalachia and the deep South, bringing the sacraments to people who would otherwise not be able to receive them. We have built up the Catholic Church in America by establishing 120 mission communities. That work continues today with 10 missions across Tennessee, North Carolina and Georgia.

While building up the Church, Glenmary missioners also serve the poor, providing material as well as spiritual aid to all in need. Our missioners and volunteers work with food pantries, adult education, home maintenance and more. 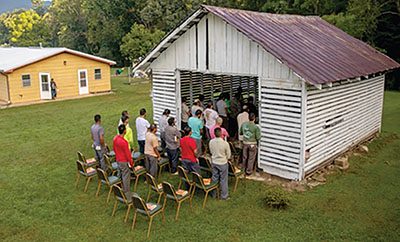 Our priests celebrate Mass wherever possible. This shot shows a small barn used as a chapel by migrant farm workers. (Photo courtesy of Catholic Extension)

Where we minister, often less than one percent of the population is Catholic, up to 24 percent live in poverty, and as high as 74 percent of the population has no church affiliation. In these parts, the Catholic faith is often misunderstood. Glenmary missioners have to get creative to share the Catholic faith and serve the community. Our missions begin small, with Mass celebrated in carports, Elk’s Clubs, living rooms and anywhere else we can find the space.

Glenmary is unique as a mission community as our priests, brothers and lay coworkers work exclusively within our own country. Our founder, who was supportive of overseas missions, once asked “Does the command to go and teach all nations make an exception of our own?”

At Glenmary, we don’t think so! 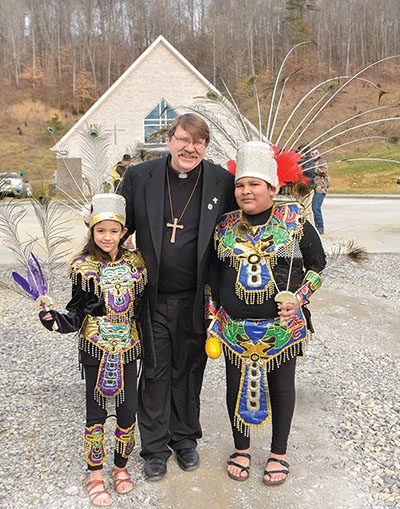 In time, we grow our missions and often build new, permanent church structures like St. Teresa of Kolkata in Maynardville, Tenn.

Not everyone lives in Glenmary’s mission counties. Not everyone is called to be a priest or brother. But we are all called to share God’s love and the truth and beauty of our Catholic faith!

When you respond to this call by supporting our missions, you become a missioner just as much as we are. Together we are truly changing lives in rural America!

Want to know more about Glenmary? 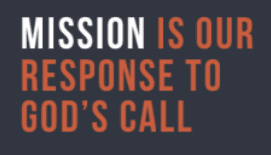 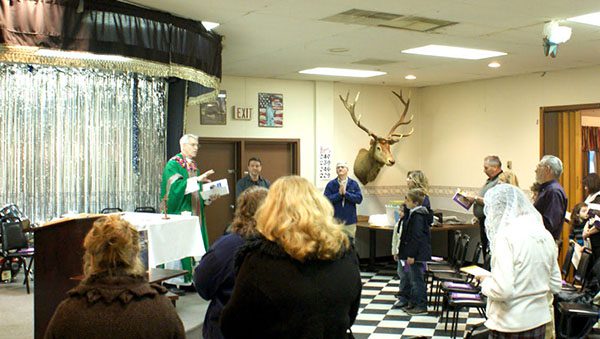 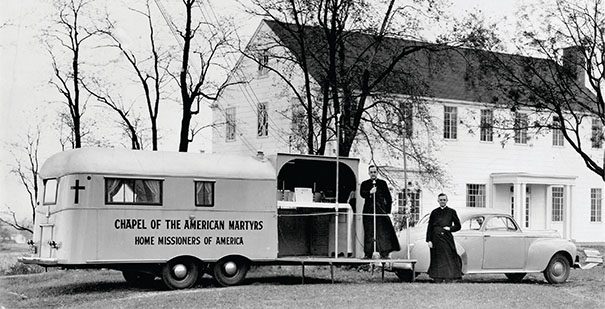 From the earliest days of Glenmary we’ve found creative ways to spread the gospel and serve the poor, like this mobile chapel.