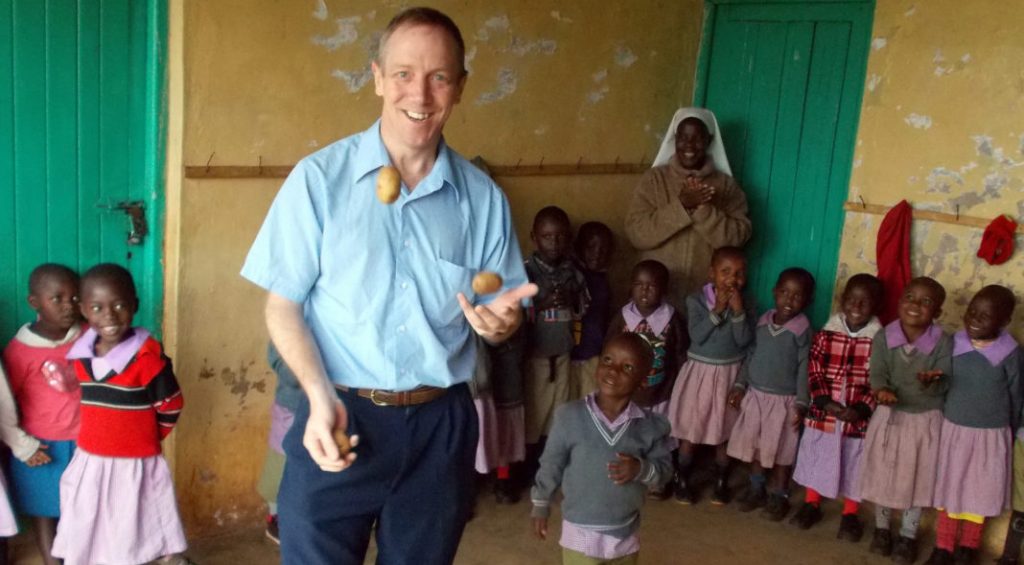 God’s ability to call vocations isn’t limited by geography, and so a vocation director must go wherever the Holy Spirit leads.

For Brother David Henley, a member of the Glenmary Home Missioners, it’s led all around the world.

The Columbus, Ohio, native professed his first oath with Cincinnati-based Glenmary in 2003. Knowing Glenmary’s mission is to bring the Catholic Church to small towns and rural counties of Appalachia and the South, he figured his days of traveling were limited.

With an increase of Hispanic immigrants in Glenmary’s missions, Brother David quickly found himself in Mexico to learn the language. Since becoming vocation director in 2010, he has visited 39 states, Mexico again, Kenya and Uganda, all in search of vocation prospects.

“When I joined Glenmary, I thought I would have to give up traveling, but God obviously had a different plan,” Brother David told Glenmary Challenge magazine. “I have realized my love to travel to new places and to meet new people has served Glenmary well. Guys are not lined up outside our door to sign up, so we have to go to where they are to meet them.”

“Glenmary has seen a surge in vocation prospects contacting us from different parts the world,” he added. “It is exciting that men from places that were once served by missionaries are feeling inspired to serve as missionaries themselves.”

The international surge is real. Glenmary has three fully professed members from Kenya, two of whom made their final oaths in 2018. Of the 13 men in Glenmary’s formation program, one is from Ohio, one is from Virginia and the rest come from abroad. In all, six countries are represented in the group.

Despite the international flavor, Brother David’s Glenmary vocation department spends most of its time seeking vocations in the United States. Brother David and vocation counselor Wilmar Zabala spend their days hosting “Come and See” events that take potential recruits to the missions, traveling to youth conferences, speaking at schools or otherwise reaching out, helping young men to hear God’s call in their lives.

“Looking for vocation prospects has meant road trips across the USA, vocation events in different states and even traveling to other countries,” Brother David said. “By joining Glenmary, I have gotten to see rural USA, which is so different from where I grew up in Columbus.

“I think my love for the people that I met on home mission trips helped to inspire me to become a Glenmary brother,” he added. “I was responding to God’s call, but I felt confirmed in my call to Glenmary because of my love for the mountains of Appalachia. Now as vocation director, getting to meet people all over the U.S. and in other countries when I make vocation visits has been a bonus.”

Glenmary is a religious society of priests, brothers and lay co-workers dedicated to serving parts of small town and rural America that lack a formal Catholic presence.

Its founder, Father William Howard Bishop, was known for saying that people in what he termed “No Priest-Land, USA” were as entitled to missionaries as any overseas mission territory. He knew God would raise up men to answer this missionary challenge. Brother David said that’s the reason behind all his travels.

“The notion that home mission communities are entitled to a Catholic presence,” he said, “is precisely why Glenmary remains open to vocations from wherever the Spirit calls them.”

This story first published with the Catholic News Service.