Lay missioner has much in common with Latino parishioners 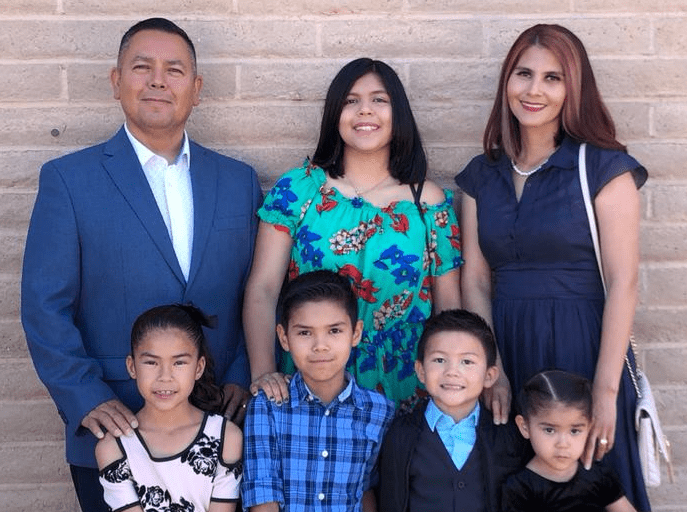 A Mexican immigrant who plays music, has been a catechist since he was a teenager and has worked for years as a Catholic speaker is Glenmary’s newest reinforcement for its mission in Erwin, Tennessee.

Miguel Pérez has been working since August 2022 as head of the Hispanic, Youth and Music ministries at St. Michael the Archangel mission, which serves Unicoi County, in the northeast of the state.

“We are very happy to be here,” said Miguel. The Hispanics have lots of ideas for the parish and say: “Oh, how good that you came!” An early request was music in Spanish.

Latinos account for 84 percent of parishioners at St. Michael the Archangel. There are sizable Hispanic populations at many Glenmary missions.

Miguel’s arrival has begun to help strengthen the community. “We have started a new prayer group here on Mondays,” he explained, “and I asked Father [Tom Charters] for permission to start a new choir at Mass on Saturdays.”

Miguel moved to Tennessee from California, along with his wife Gladys, their five children and his in-laws. He is originally from Hermosillo, capital of the Mexican state of Sonora.

“I was a catechist’s assistant from the age of 11, 12,” said Miguel, recalling his first links with the Church. Both of his parents were practicing Catholics. “All of that gave me the basis to awake that interest in the youth group when I was 14 years old and from there it was a never-ending story, thank God,” he added.

Glenmary First Vice President, Father Aaron Wessman, stressed that Miguel’s hiring is part of an effort to reflect the diversity of the populations in the mission areas and serve them as best as possible.

The congregation has decided to bring in staff “who have a similar background to the people we are serving, because obviously they will come with the experience, the expertise, and the knowledge that will help them serve those populations perhaps better than we were able to do in the past.”

Miguel shares a primary language and to some degree, culture, with the Hispanic parishioners. It is hoped that he will be able to connect with the Unicoi County parishioners and complement the work that the pastor, Father Tom, Father Kenneth Wandera, Pastoral Associate Kathy O’Brien and Brother Tom Sheehy have been doing for years.

This story first appeared in the Winter 2022 edition of Glenmary Challenge magazine.