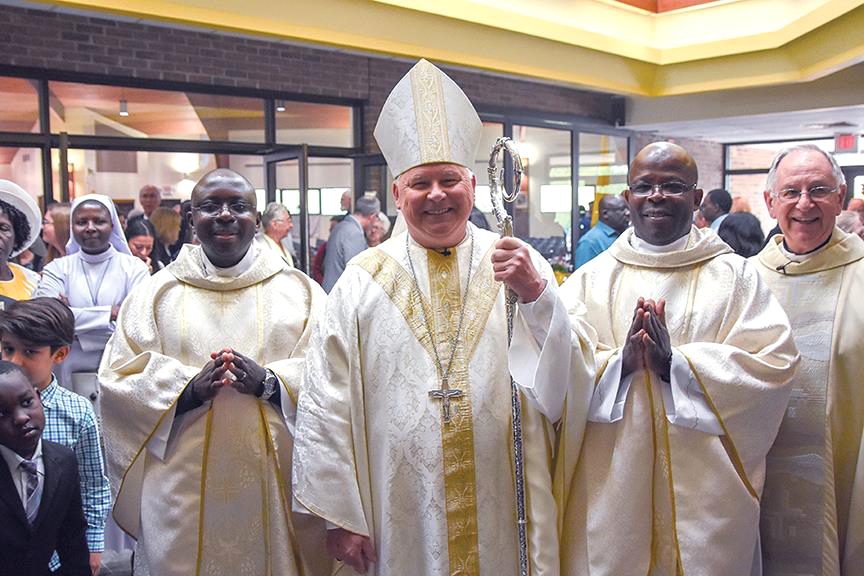 Father Charles Aketch and Father Richard Toboso are two of newest priests in the Catholic Church after their ordination to the priesthood Saturday in Cincinnati. Family, friends and sizable contingents of worshippers from Glenmary’s mission areas filled St. John Neumann church with joy, singing and even dancing.

Early in the ceremony, Glenmary president Father Chet Artysiewicz called the then-deacons forward. When he announced their names, they replied, “present.” Bishop Richard F. Stika expanded on that moment in his homily.

“Everything you are. Everything you have been. Every experience that is a part of your life; family and friends from different parts of the world, in one dramatic moment were contained in that word, ‘present,'” Bishop Stika said. “Because now you present yourselves before the Church, to be of service for the Church. And not as a building, but service of the Church as the living body of Christ.”

The Rite of Ordination saw the men answer questions about their willingness to take on the obligations of priesthood, kneel before the bishop to make promises of obedience, lie prostrate on the floor while invoking the prayer of the saints, and the laying on of hands by Bishop Stika. The assembled priests, which included Glenmarians and others who came to support the ordinands, then laid hands as well.

Fathers Richard and Charles removed their deacon’s garb and were vested as priests. The bishop anointed their hands with sacred chrism oil and presented them with chalice and paten as symbols of their new office. After the sign of peace, the Mass continued with the newly-ordained joining as concelebrants. 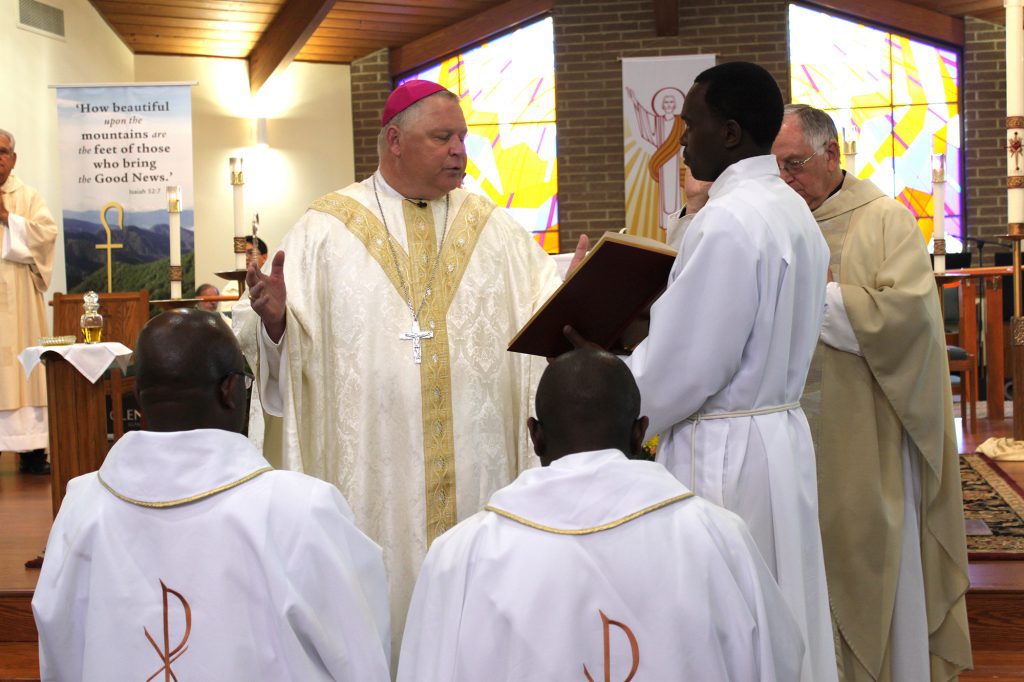 Following communion a choir sang “Moyo Wangu Wamtukuza Bwana,” which is Swahili for “My Heart Glorifies the Lord.” The congregation clapped along as the newly ordained priests were joined by others in a dance as is commonly seen in Kenya worship.

They duo concelebrated a Mass of Thanksgiving together Sunday at St. Matthias Church in Cincinnati before returning to the missions.