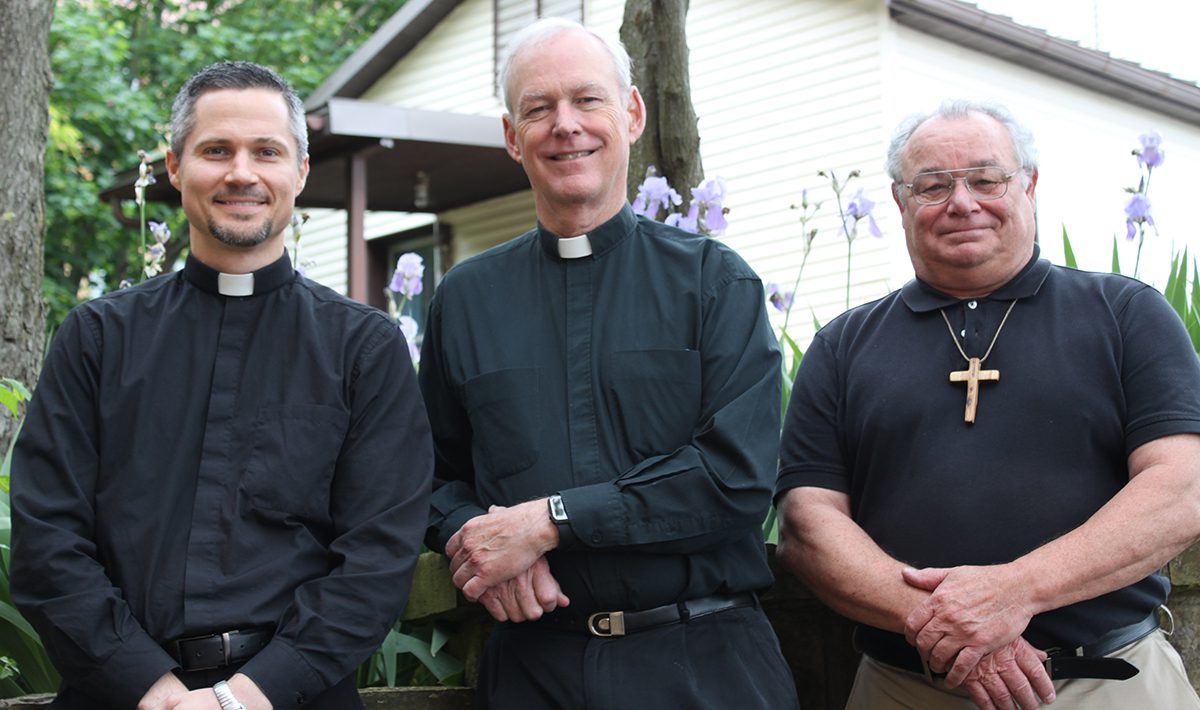 CINCINNATI, Ohio — Father Dan Dorsey, 68, was elected president of Glenmary Home Missioners during the society’s Chapter of Elections May 6 through 10 at St. Meinrad Archabbey in St. Meinrad, Ind.

Glenmary’s president leads a three-person executive council consisting of himself and two vice presidents. Elected to serve with Father Dan were Father Aaron Wessman as first-vice-president, and Brother Larry Johnson as second-vice-president.

Father Dan, a native of St. Louis, Mo., is returning to the office of president after serving in that post from 2003 to 2011. In the interim he has served as co-director of Glenmary’s novitiate program. Father Dan also served as first vice president from 1999 to 2003.

First-vice-president Father Aaron, 37, begins his term on the council after serving as pastor of Holy Spirit Catholic Church in Windsor, N.C. since 2017. Father Aaron, who grew up in Cokato, Minn., made his Final Oath with Glenmary in 2011 and was ordained in 2012.

Brother Larry, 66, was reelected as second-vice-president, having served in that role since 2015. Brother Larry has been involved in youth and social outreach ministry. He is from Cleveland, Ohio and has served Glenmary in Arkansas, Georgia, Kentucky and Tennessee in his more than 40 years as a missioner.

Glenmary Home Missioners is a Catholic society of priests, brothers and lay coworkers dedicated to serving the spiritual and material needs of people living in mission counties throughout Appalachia and the South.