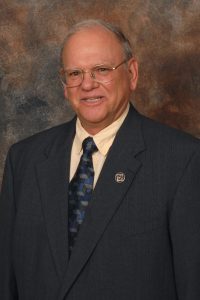 Brother Mike began his service at Glenmary headquarters in Cincinnati. He was the boiler operator and maintenance supervisor for several years, and then worked in Kentucky, North Carolina, Virginia and Georgia, where he became well known in the community for his outreach to the youth and elderly. He helped coach baseball, basketball and football, taught adults to read and children CCD and later became a nursing home activity assistant.

He once said that he did not feel qualified to teach religious education, but enjoyed working one-on-one with teenagers and adults, encouraging them as they learned the fundamentals of literacy. He tried to incorporate literacy education into his mission work wherever he was assigned.

“I have known Brother Mike for 41 years,” said Glenmary president Father Dan Dorsey. “He exemplified what it meant to be a Glenmary brother. His was a kind and merciful ministry of presence to the poor and the elderly. It was a ministry of service and dedication.”

In his later years, Brother Mike shifted his focus to the aging population. After earning a degree in religious studies and gerontology, he used his knowledge to help seniors in Chapmanville, W.Va., recover old memories. They would sing hymns and talk about walking to church. The hymns helped trigger other memories for the elders. He also worked extensively among adults with mental disabilities.

After taking senior status, Brother Mike continued his work in West Virginia, acting as the parish leader for the St. Barbara mission in Chapmanville, one of three churches in the former Glenmary West Virginia parish cluster. He organized monthly potluck dinners, managed the food pantry, made home visits and worked in nursing homes.

A native of Monroe, Mich., Brother Mike made his first oath with Glenmary on May 13, 1961. He earned his bachelor’s degree in religious studies and gerontology with a certificate in active therapy from Madonna College in Michigan in 1984. He also studied at Ohio Mechanics Institute, Xavier University and Morehead State University.

He is survived by brothers, Daniel, Paul (Mary), Mark (Paula), John (Kathi) and Joe (Tish); sister Mary Filippis (Tony); many nieces and nephews, fellow missioners and friends. He was preceded in death by his parents, Bradford and Dorothy Springer, brothers Thomas and Timothy Springer, and sister Madonna Charlier.