Home / News and Notes / Firewood and Neighborly Warmth in Tennessee

Firewood and Neighborly Warmth in Tennessee 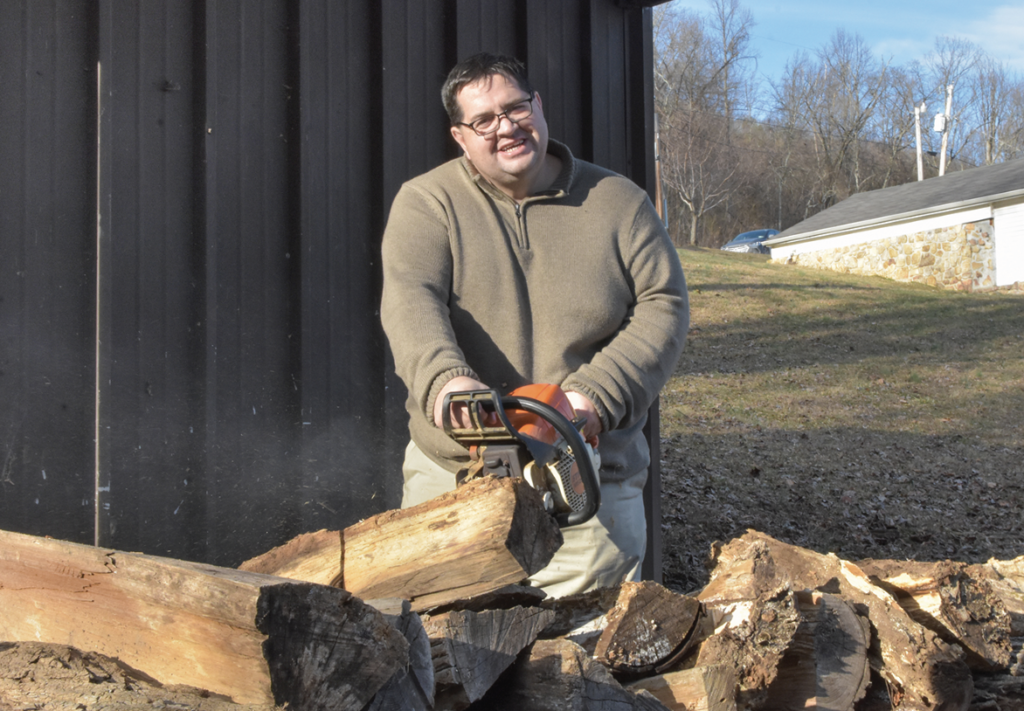 Co-missioner Joe Grosek directs Glenmary’s volunteer program at Joppa Mountain, Tenn. During winters he and others cut wood and bring warmth to families.

We sometimes think of Tennessee as part of the warm South, but it definitely gets cold in the winter. No, it’s not Minnesota, but Tennesseans need heat. In rural parts, many still rely on wood stoves to take the chill off in the morning or keep the place livable in the coldest months. If they don’t cut their own wood, typically people buy it cut-and-dried from local suppliers.

“But some people just don’t have enough money to buy firewood,” explains Joe Grosek, Glenmary’s volunteer director. That’s why you see stacks of firewood on the grounds of Glenmary’s volunteer program on Joppa Mountain, in East Tennessee. Usually it’s Joe who cuts and splits the wood; then volunteers deliver it to people in need.

The wood comes from all around the area. “People have trees fall on their property. We’ve gotten it from construction sites. We’ve gotten it off our own property. The county’s dropped off wood before, you know, like they had a tree fall on the road, and they know what we do. They just pull up the dump truck, and dump it in our yard. I mean, finding it is easy,” says Joe. The real work is the cutting and splitting, no small task, then delivering to people in need.

“In North Dakota, my original home, people use pine. You don’t use new wood because of the sap,” he explains. But that’s not the case with hardwood, like oak and ash, which are plentiful in the East Tennessee hills. “It just needs to be cut and split.” And there is plenty of dead wood to be found, in the wake of Ash Borer infestation, which left many dead trees standing (or fallen).

With plenty of protective equipment, he cuts the wood and persuades his volunteer leaders, the mountain managers, to help. He even bought them an electric chain saw, the quieter and cleaner version of his 2-cycle gas noisemaker. “There’s just something about the gas saw! It just kinda scares people,” he observes, perhaps suppressing a chuckle.

Joe identifies the need in the community through the many outreach efforts of Glenmary’s volunteer program. “Some people we serve through construction,” he explains. For example, “there’s a woman, whose daughter has cerebral palsy, whom we had built a ramp for. They kind of live out of the middle of nowhere by themselves.” Other examples abound—he’s busy all winter providing for someone.

“Everybody’s different,” he says, with different needs. More often than not, his service is a supplement to whatever supplies the family has—it helps them to be sure there are no times when they have to do without.

“It frees up funds for the family, like for food or prescriptions.” It also gives him an excuse to pay a visit, which is always a neighborly thing to do! “It’s the type of evangelization where you’re just spending time, investing time, with people.”