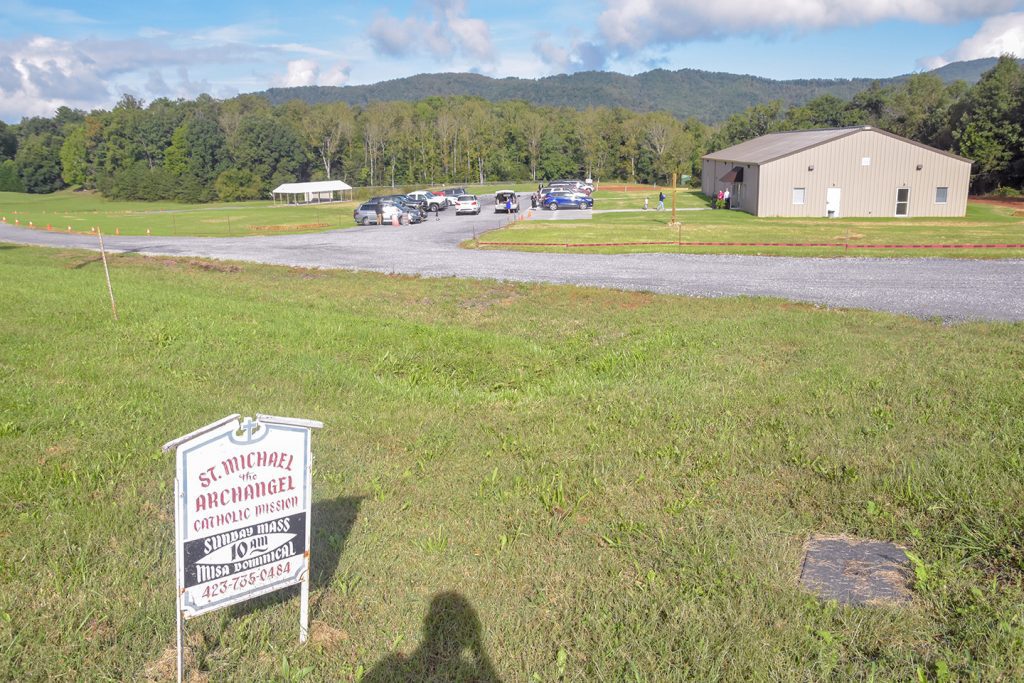 He was a man ahead of his time. Glenmary’s founder, Father William Howard Bishop, saw that missionary activity is at the core of the Church everywhere. He looked around during his early days, the 1920s and 30s, and saw a disconnect between mission and mission close to home. That insight would eventually find greater expression as the world’s bishops revisited Catholic teaching on mission at Vatican II, and later, even more directly, in the writings of St. John Paul II. Evangelization was, and remains, a  pressing need, in our families, our neighborhoods and beyond.

The Home Missions, bringing the Catholic Church to parts of the United States where it has had no permanent home, are part of that. Fr. Bishop made that appeal in a 1936 journal article that laid out his vision: “Does the command ‘Go teach all nations’ make an exception of our own?”

Father Bishop was born in Washington, D.C., of North Carolinian parents, his father a physician. He was no stranger to senators and Supreme Court justices, who sometimes came to the Bishop home. He went to school in Washington, then to college at Harvard for a year before he entered St. Mary’s Seminary in Baltimore, where he was ordained a priest of the Archdiocese of Baltimore. After seminary he studied at Catholic University.

Along the way he gained a passion for rural parishes. An early assignment was to St. Louis parish in Clarksville, Md. There he saw the beauty of small-town ministry, and started to develop a broader view: Rural America should be a priority of the Church nationally. He felt that the rural places of America are fertile ground for Catholicism. If you could establish Catholicism in the neglected countryside, you would ultimately bolster the mission of the Church everywhere. Father Bishop was a dreamer, a man with a vision for the Church.

He established a local conference for rural life after his involvement in the new National Catholic Rural Life Conference. And he began to dream of a Home Mission society that would grow the Church in rural America. His idea found a home in the Archdiocese of Cincinnati. There he founded the Home Missioners of America, which became known by everyone as Glenmary.

“People are hungering for the truth,” he wrote in his diary. His small, but growing, society of priests, soon to be augmented by religious Brothers and Sisters, would address that hunger.

He built a seminary for training, and insisted that his priests be trained in manual labor, too. That would provide, he wrote, “a means of keeping closer in touch with the lives of the people whom they would look forward to serving.” It was the beginning of the fresh approach to ministry that would mark Glenmary’s future.