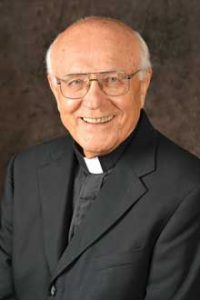 Father Frank Ruff isn’t one for dwelling on the past, but for what it is worth, he considers his 60 years with Glenmary “blessed.” The 83-year-old missioner and former Glenmary president remains active in a variety of ministries.

“I continue to work for unity with other churches serving God’s people, preaching on behalf of the poor and Glenmary, and walking with the sick as a hospice volunteer,” Father Frank says. “I find that I am happier than when I was 25, in fact, happier than I ever dreamed possible.”

To young men discerning their own future, Father Frank suggests God may use Glenmary to bring out the best in them.

“When I joined Glenmary I knew there was a great need in the rural South and I wanted to help but I could not visualize all I was going to be doing,” he says. “Glenmary has tapped into more creativity in me than I dreamed I had, and I continue to grow. I learned how to build community with Protestant churches and love them; how to work for racial reconciliation; and how to be a priest in an area where less than one percent of the people are Catholic. I came to help Glenmary, but Glenmary has helped me.” 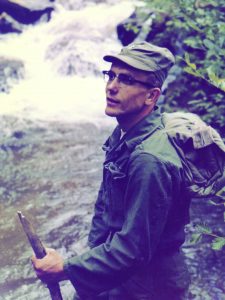 Father Frank during his days as a military chaplain.

Father Frank lives in Trenton, Ky., where he assists at the local parish and fills in for area priests. He is often on the road, preaching on behalf of Glenmary or Unbound, a Catholic nonprofit.