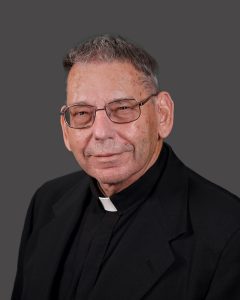 CINCINNATI, Ohio—An independent investigation and review has determined that allegations against Glenmary Father David Glockner of inappropriate contact with minors are not credible. Following the decision, Father Glockner has been restored to public ministry.

In August of 2019, Father Glockner was removed from public ministry after allegations were received. In September of 2019, a Kentucky grand jury declined to indict Father Glockner on those same allegations. Following the grand jury decision, in accordance with its policy, Glenmary commissioned an independent investigator to review the case to determine if its own Policies for Maintaining Ethical Ministry with Minors and Vulnerable Adults were violated. The investigator’s report was presented to Glenmary’s Review Board, which is an independent board comprised of six non-Glenmary members, including five lay people. After reviewing the report, the board, by a unanimous decision, found the allegations against Father Glockner to be not credible.

“Glenmary takes allegations of abuse or inappropriate contact very seriously, as evidenced by the steps we took during this process,” said Glenmary President Father Dan Dorsey. “We recognize that the last few months have been difficult and painful for all involved parties. I, and all my fellow Glenmarians, continue to pray for everyone involved.”

Glenmary is committed to ensuring the protection of minors and vulnerable adults. Any misconduct, by a Glenmarian, should be communicated immediately to Glenmary’s President, Father Dan Dorsey.