Home / News and Notes / Confronting racism: Glenmary works for equality in missions and beyond

Confronting racism: Glenmary works for equality in missions and beyond 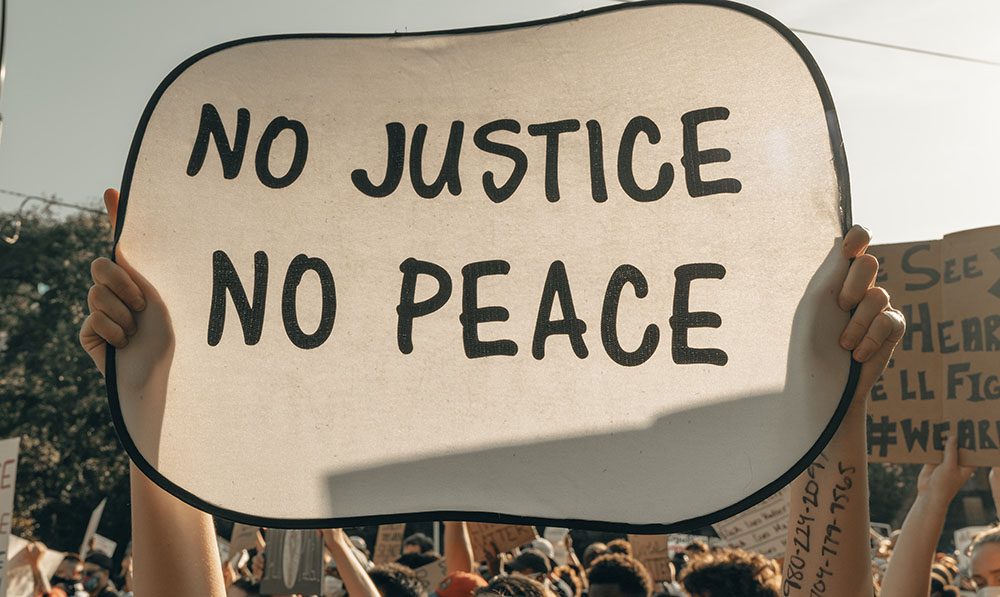 If anything defined the summer of 2020 besides the coronavirus, it was the cry for racial justice. It is a cry that has long been answered by Glenmary missioners. 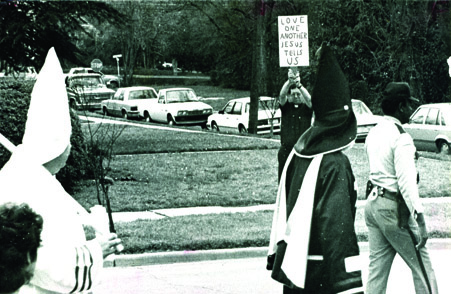 A well-known Glenmary photograph shows a young Father Chet Artysiewicz standing alone in protest of the Ku Klux Klan. The image has inspired many Glenmarians since.

“The witness of Father Chet standing up to the KKK, of Brother Curt Kedley and his backroads ministry, are inspiring to me,” said Brother Jason Muhlenkamp. “We’re on the forefront of social justice. We don’t take that lightly.”

After the infamous killing of George Floyd, Glenmary reaffirmed its commitment to racial justice by rereleasing its Decree on Racism, first issued in 2015.

“We, as a community, grieve the death of George Floyd, and deplore the actions that led to his death,” read part of an accompanying statement. “We stand in solidarity with our brothers and sisters in peaceful protest of this tragic event, and many others like it, and recognize the sin of racism that still exists in our society, and in us as individuals.”

The full decree can be read HERE.

Brother Jason ministers in the now-diverse Early County, Ga., where Blakely is the county seat. The county, amidst southeast Georgia’s peanut and cotton crops, was the site of the second-most lynchings in state history, behind Atlanta’s Fulton County.

Father Mike Kerin and Brother Jason are members of the Early County Area Ministerial Fellowship. In July the fellowship adopted a statement, authored by Father Mike, standing against prejudice and encouraging “the people of Early County to build a world based on love instead of hatred or fear.”

Brother Jason has participated in panels, workshops, and informal conversations designed to foster the difficult conversations about race in rural America.

“We try to break down barriers to understanding but it’s hard to talk about race here,” he said. “If you have a relationship built beforehand those conversations are a lot easier to start. I try to educate myself and listen. I try not to get caught in debates, but to make debates into dialogue.”

Father John Brown is pastor of Glenmary’s Holy Trinity mission in Williamston, N.C. Like Blakely, Ga., the city has an African American majority. After the Floyd killing, activists in the city held several protests, and Father John made a point to attend one, even addressing the crowd. In addition to speaking at the rally, Father John spoke about racism from the pulpit.

“I remember the emotions of preaching (about race) in church and being nervous about it, then being gratified by the congregation having a positive reaction,” he said.

Father John is involved with Martin County Community Unity, which has held discussions on race relations, and he attended a meeting with local ministers. At the meeting, two ministers with primarily Black congregations shared that they instruct young people in their church how to behave to survive an encounter with police. That view was echoed by Black parishioners at Holy Trinity.

“There are four African-Americans in our church and I checked in with them,” Father John said. “All of them had the reaction that this could have happened to their child. I thought, ‘Wow.’ That really shocked me.”

“In a lot of places people live together and work together but there’s very little inviting each other over for birthdays and such,” he said. “We mix but we don’t get to know each other. We need each other. We’re all part of the body of Christ.”

In addition to reissuing its Decree on Racism, Glenmary continues to work for racial justice with its Justice, Peace and Integrity of Creation Commission headed by Tom Navin.

Tom serves on the Archdiocese of Cincinnati Anti-Racism Task Force, which hosted its meetings at Glenmary headquarters before the pandemic. The task force put on a program about White Privilege before the pandemic and has continued to host events digitally via Zoom.

Tom said continuing to educate oneself about issues of race is crucial, and he lauded Glenmary’s commitment to racial justice.