Home / News and Notes / Blessed Mary of the Passion

Blessed Mary of the Passion

Suffering early in life can sometimes lead to great things. 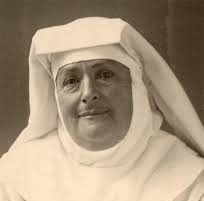 Suffering early in life can sometimes lead to great things. When Helene-Marie-Philippine de Chappotin, of Brittany, France, was young, she lost two sisters and a beloved cousin. The experience of profound loss, and profound consolation from her faith, led Helene-Marie-Philippine to choose a life of prayer in a monastery. When she was 20, though, her mother died, and the young postulant returned home to fulfill her duties. A few years later she joined the Poor Clares and imagined a life of contemplative prayer. Not long after, she became seriously ill and had to return home again.

When she was well again, she joined a new congregation, still seeking a contemplative life, but soon was sent to the Jesuit missions in India. She was given the name Mary of the Passion and sent off. Perhaps her superiors noticed a woman of deep talent. She took vows in India and, before she knew it, was appointed Provincial Superior of the three local communities. A great reconciler, she brought sisters together who had previously been at impasse over differences of opinion on how to do the mission they were assigned.

After the fighting erupted again, she went on to found her own community, The Missionaries of Mary, committed both to active service among the poor and contemplative prayer. Her pure commitment, perhaps based on still inner-waters fed by early experiences of loss, won her many followers, as young women flocked to join her congregation. After many twists and turns, through a combination of pure intention and persistence in the face of opposition, she reclaimed her Franciscan roots, and, finally, changed the name of her Institute to the Franciscan Missionaries of Mary. By the time of her death, she had been joined by 2,000 sisters, serving in 86 communities on four continents. Faithfulness and persistence are her hallmarks.

Prayer: Blessed Mary, you show us that sticking to the deepest things, in spite of changes, and even opposition, can show the way to serving God’s people. Inspire in us a heart of peace, a life of prayer, and a deep commitment to service.