Home / News and Notes / Adoration and Mission for Lent

Adoration and Mission for Lent 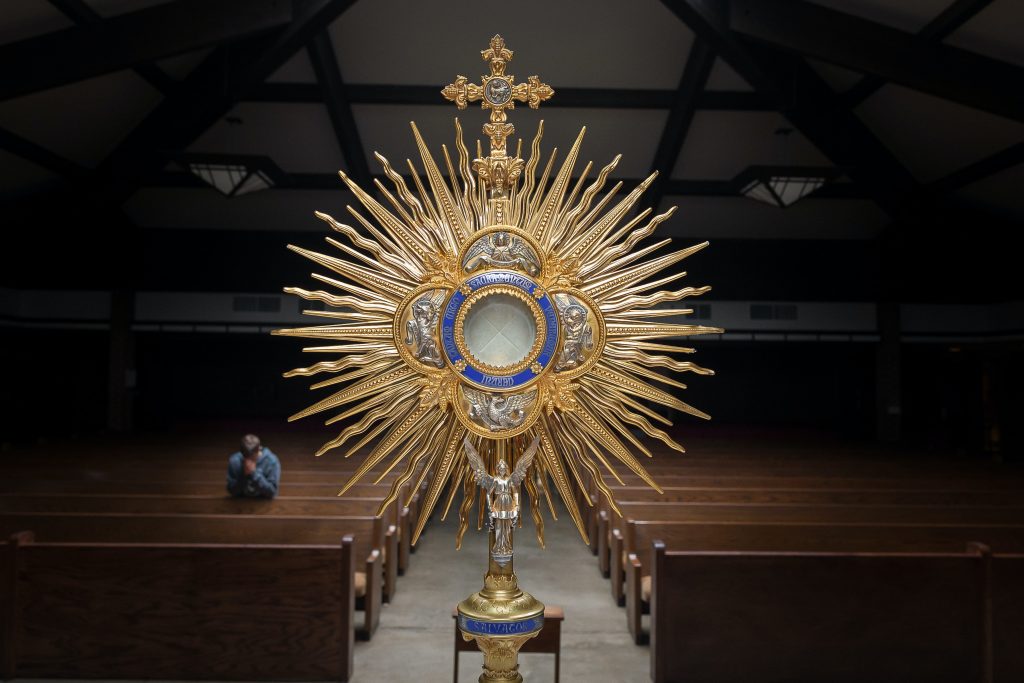 If you ask Glenmary Father Steve Pawelk about adoration, he goes right to the missions. It was during his first year as a priest that he had a conversation with Reetha Tillman, a southern convert to Catholicism: “She said, when she sits before adoration, it’s like having a cup of cold iced-tea on your front porch, under the Georgia sun.” Now that’s a southern insight!

“It’s always been my favorite image,” Father Steve says. “Adoration is time to relax with the Lord, just to sit and sip your tea (or coffee or whatever!), just to have that moment where it’s just you and God together in an intimate space.”

That intimate space is what adoration is all about. A life of prayer, both in group and contemplative settings, empowers a missioner to bring gospel witness to the people whom he serves.

There are many ways to find contemplative prayer, says Father Steve, for God is present everywhere, but adoration is special. It has grown in importance to the life of the Church, to the point where Exposition and Benediction of the Eucharist has become an official part of our liturgy. It’s a sign of our times, perhaps, as so much “digital noise”—email, texts, social media, 24/7 news updates—competes for our attention.

“My primary focus in eucharistic adoration is the real presence of Christ, the Light of the World before me, the one who has forgiven me and loves me,” says Father Steve. “You know, in this COVID time we know Zoom meetings are not the same as face-to-face, right? The tabernacle is, in a way, God’s house. It is a place where Christ is really present. It’s good to be there in Christ’s presence. In the Blessed Sacrament, Christ is there for me: to sit still with him, to focus on him, to relax with him.” Those are refreshing, settling, deeply energizing moments.

Father Steve, now co-director of novices at Glenmary headquarters, developed this insight in his most recent mission work, as pastor of two new parishes in East Tennessee. He was there for 10 years, establishing those parishes. At the beginning “it was very important for one lady,” he recalls. She asked for the Eucharist to be exposed for benediction, “and I was happy to oblige her!” It grew slowly from there, and eventually became a daylong first-Friday tradition. There was someone in adoration at that small storefront church, taking turns throughout the day, 8 a.m. till 8 p.m. “I felt it made a difference in their families.”

After all, the heart of a Catholic parish is the Eucharist, he observes. “In the life of a missionary,” he says with certainty, “there are going to be moments when things are difficult.” Eucharistic adoration will help keep things in perspective.