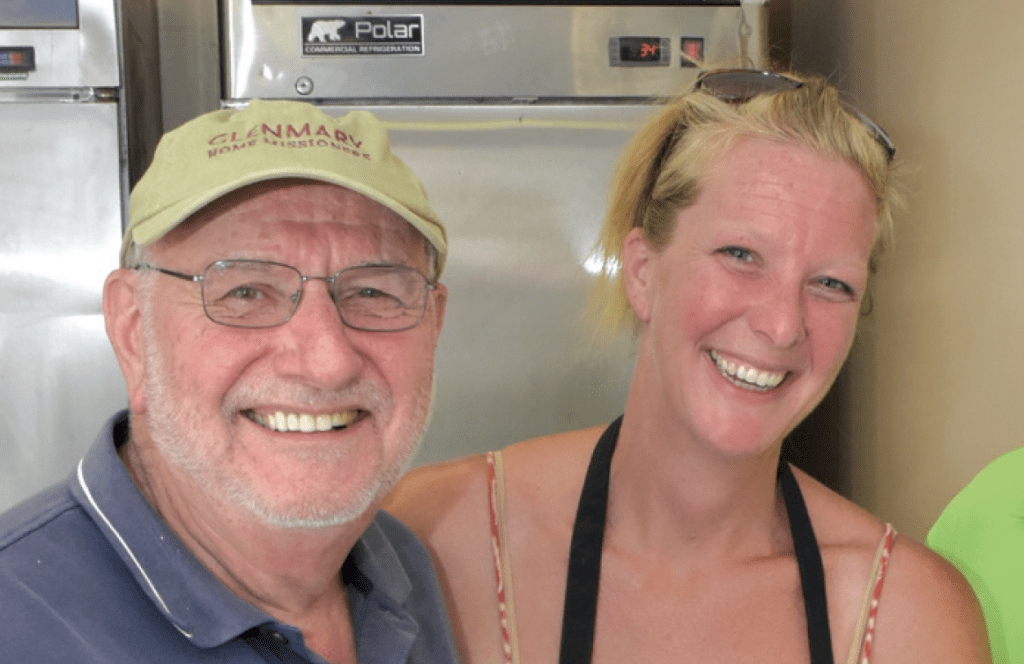 Glenmary Father John S. Rausch, who died Feb. 9, 2020, was a life-long advocate for the people of Appalachia and caring for God’s creation.

How would you describe what holiness means to you? Father John Rausch answered that question not long before his sudden and unexpected death.

He wrote, “I never wanted to be holy. I just wanted to pal around with God doing justice stuff.”

That may not be exactly how I would describe it, but all the elements of true holiness are there—intimacy with God through Jesus, and working for the Kingdom of God on this earth.

A few years ago I visited with Father John for a couple days at his house in Stanton, Ky. He took me on a tour of what he called the “Holy Land of Appalachia.” Our first stop was a mountaintop removal site, which is an atrocious way of extracting coal by bulldozing and blasting away the top of a mountain. He had tears in his eyes as he spoke about what I was seeing.

We then went into a valley below to a stream so polluted that the water had become orange in color. Quietly, Father John said, “See what has been done to God’s gift of water?” He looked across the road at some simple homes and remarked that the people there can’t drink from their wells anymore, but had to go to town to buy water. To him, holiness included a passion for God’s creation and for God’s beloved poor.

My friendship with Father John began more than 50 years ago when he had a summer assignment to New Bloomfield, Pa., where I was pastor.  We lived in tight quarters in a house trailer. Later we served together again with me as pastor and he as associate pastor. It was a great relationship until one day we had a bad argument. I felt guilty so I took him to a nice steak restaurant to make amends. We had a good talk and a good meal, but the argument reignited when we were nearly back home.

You could feel the tension as I dropped him off. Before getting home I realized I needed to call and apologize immediately. For over a half hour his line was busy. He was trying every few minutes to call me and apologize as well! We talked it through the next morning and I can truly say that I have never had a harsh feeling toward Father John since that night in 1972.

Father John wrote in his final message, “I pray I was a trusted and faithful friend. Truth seeker, risk taker and justice worker might complete what I wanted to become.”

Yes, you were. Well done, good and faithful servant. Enter the kingdom prepared for you.

I am going to miss you real bad, buddy.